I can’t believe we’re already in August y’all. I’m totally bummed. Before I continue on, he sure to follow to blog circle by checking out my friend Erin Berry, Lancaster PA photographer, and her gorgeous dog!

I had high hopes of taking my kids hiking every weekend this summer. But we’ve only managed to go once. It was a great hike though. We drove out to Bowl and Pitcher for a hot July afternoon. We were hosting my mom and wanted to show her the more scenic parts of Spokane since she’s only visited during the winter. The kids are finally at an age where they appreciate being outside and learning about the geology of an area. They love observing the bugs nearby and enjoying the view of a rushing river.

We crossed the main pedestrian bridge, a suspension bridge that wiggles over the water, and continued to the other side of the river where the trail splits to the North and South. We followed the trail North for about a half hour when Harry had to do number two. And he insisted on the port-a-potties in the parking lot so we called it and headed back.

The Beach and Bravery

When he was finished we decided to find a little nook of beach on the east side of the river where we started. We could see it from the trails and saw a few people there but knew it would be a rough climb. There was a wall of rocks bordering the river that we had to climb over but the kids did great. When we reached the beach we knew it was worth the climb. It was a small nook of sand and the water was calm and shallow enough the kids could walk along the edge.

We admired the immense walls of rock across the river from us, one of which held a cave that looked impossible to get into but we could see drawings and writings on the walls inside it. Harry climbed out to a rock jutting out from the water and I watched as a once-anxious toddler seemed to grow overnight into a brazen young person. A child still, but hints of grown up courage. This is different from childish courage. Grown up courage is aware of the dangers but knowingly trying anyway. Harry has always been aware of danger but in the last year or two he’s developed a sort of rebellion – a desire to take more chances and prove his maturing self can take on anything. He sat on the rocks at the water’s edge, an old soul taking in the world around him.

I watched as Eleanor squeezed sand in her hands and buried rocks in the water. Immense walls of rock behind her reminded us how small we are in this world, both within the frame of time and size. These rocks had been carved by glacial melts thousands of years ago, and here Eleanor and I stood as tiny specks of dust in time and space.

As Harry climbed back to the sandy beach, his toes wet with river water reaching for rocks, I noticed his blue-painted nails, something that so irritated our in-law family. I wondered if people realize how small we really are in this world and how insignificant it is to fret over small details. Clothing, hair style, orientation. These are all small things that have nothing to do with the progress of humanity.

Surrounded by the walls of the Spokane River, I felt grateful and humbled to be in the lives of my kids; their existence alone has taught me so much about life and what it really means. Who knew so much could be gathered from a simple hike. 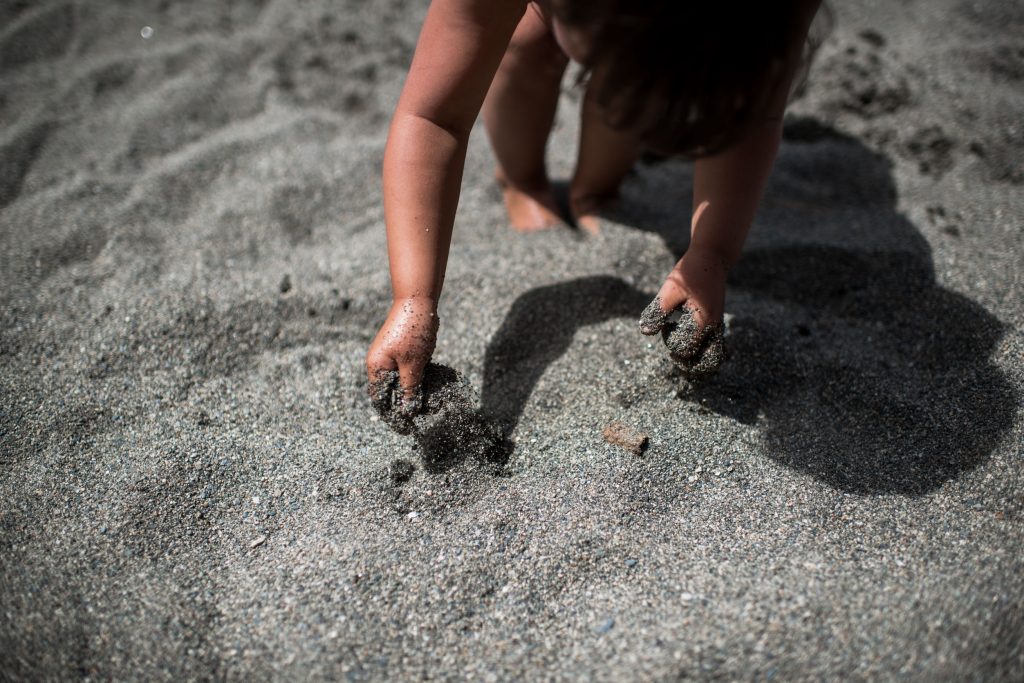 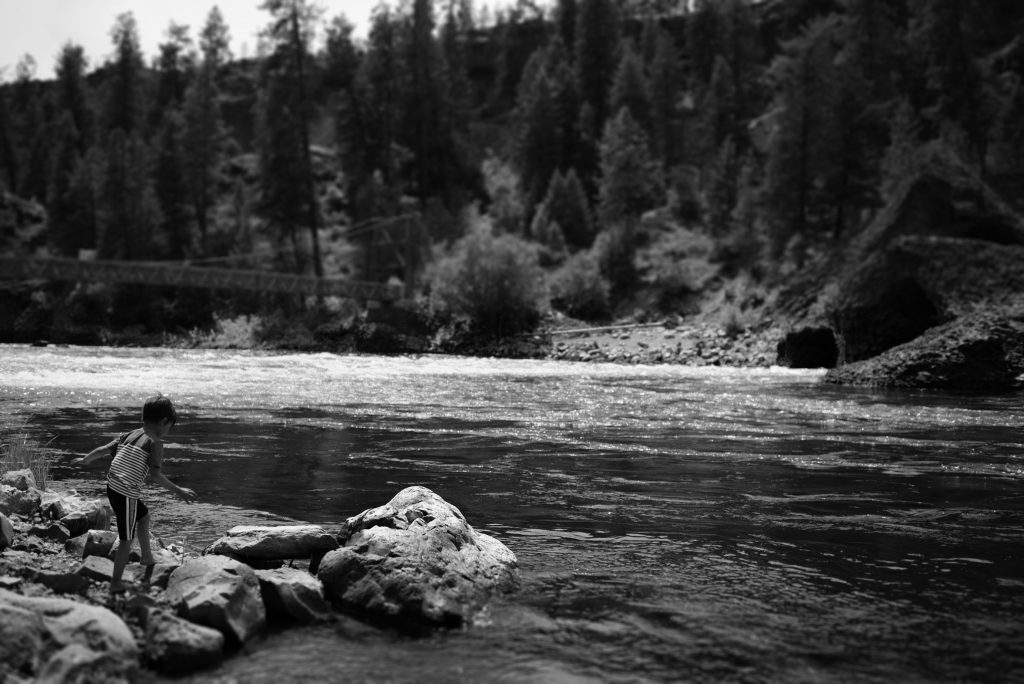 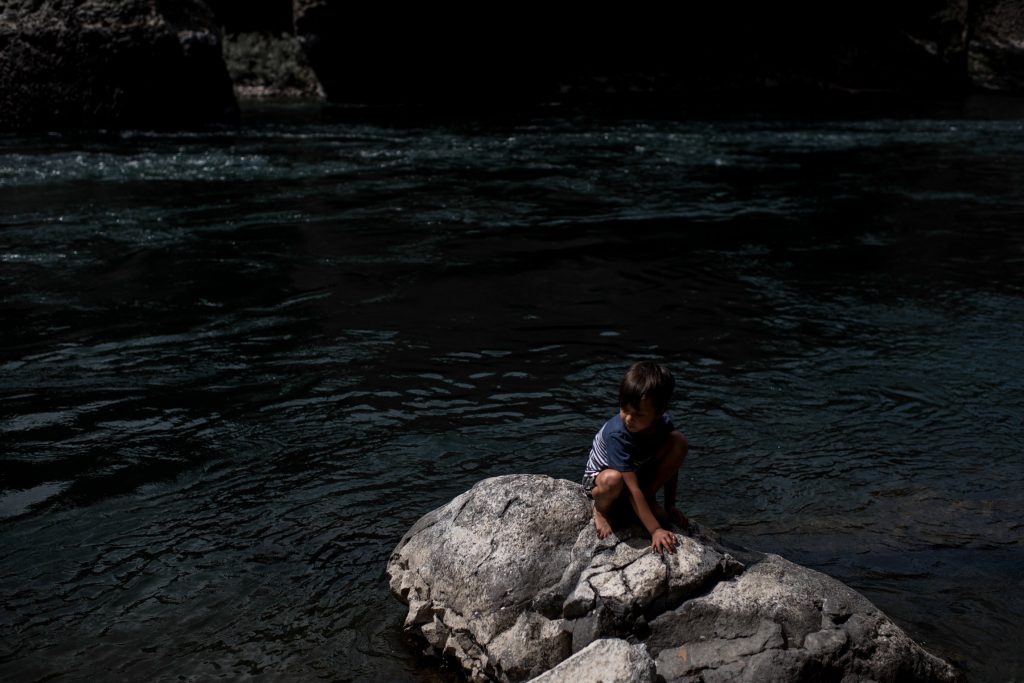 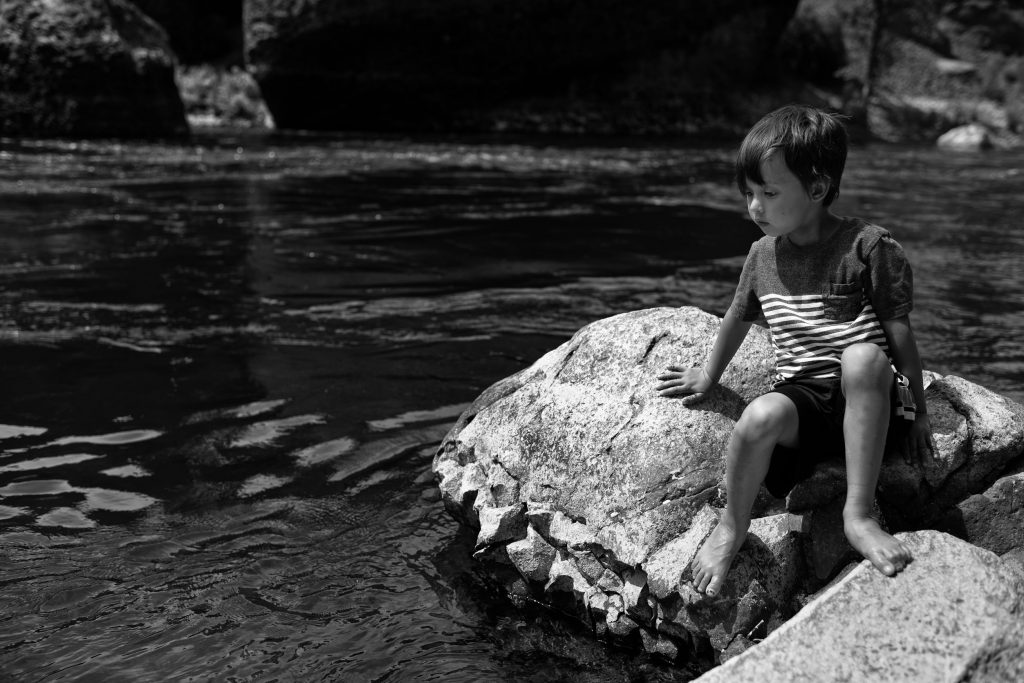 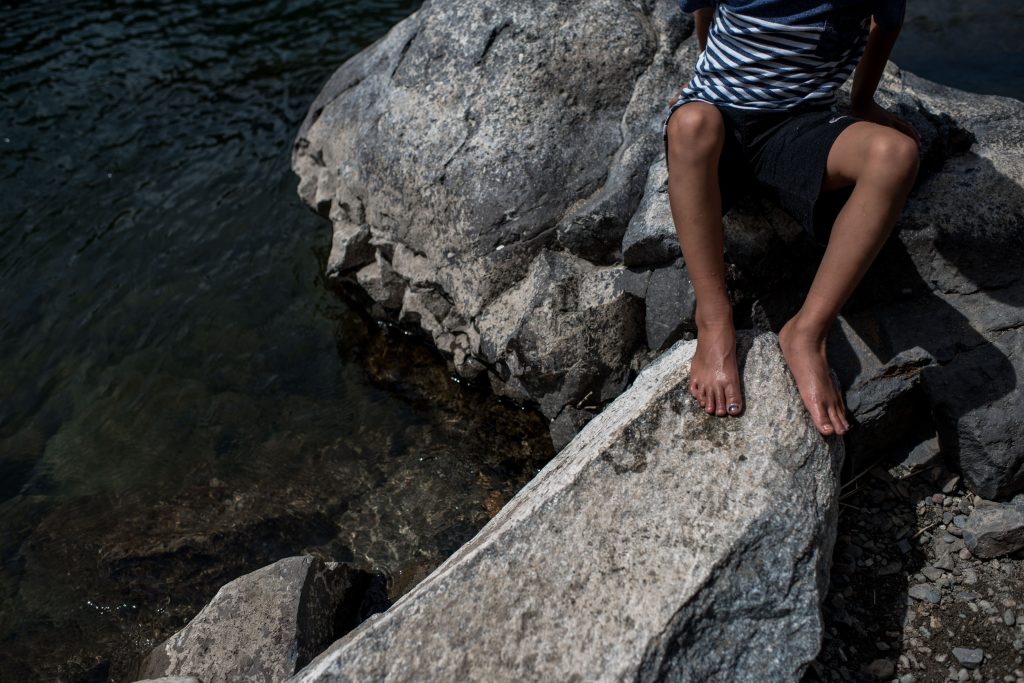 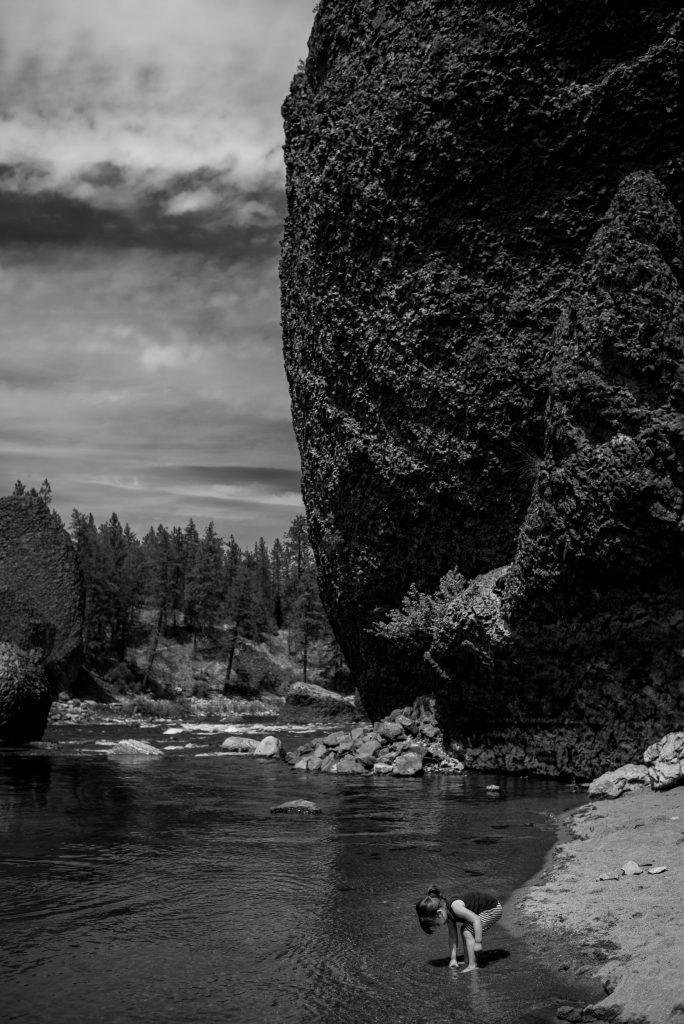 If you’d like to have your adventures documented, contact me here. If you want to know more about what a documentary session looks like, check out this page.