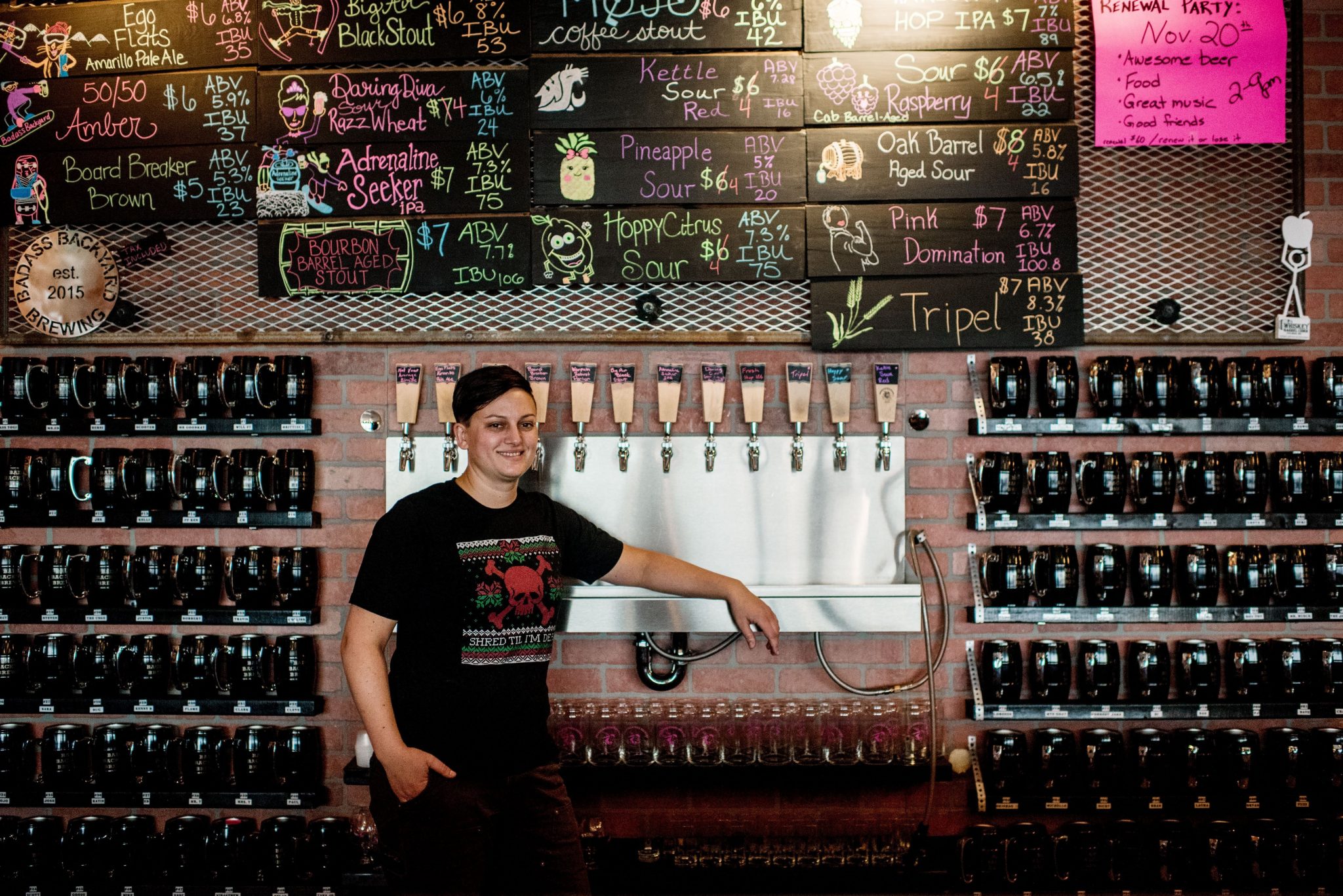 So how did Badass Backyard Brewing start?

So I started in my backyard in 2015. Basically for about a year or two prior to that I had just been looking into that. It had just been kind of a pipe dream. I had been home brewing for about 7 years at that time. And just loved the science behind it. My parents had owned their own business ever since I’ve known so I was kind of lucky to be raised in that kind of an environment. So I sort of knew what I was getting into. I had a full time job at the time that I wasn’t planning on quitting.

What were you doing?

I was working for 9-1-1 Spokane. So answering emergency phone calls. Good benefits, good money, loved the job but just had this hobby on the side that was super fun. Everyone liked the beer so, I looked into getting licensed to do events off-site. Weddings, parties, stuff like that. And in the middle of doing so, I found out that the shop in my backyard was actually zoned commercially.

So at the time they told me I could have a tap room back there. The state allowed it. And then Millwood misunderstood and didn’t know what a taproom was. So we were back there for… let’s see I opened in August to the public in 2015 and we were open the first Saturday of every month from like 4-8. So super limited and then I added, somewhere in between August and January, we added another Saturday. So it was two Saturdays of every month and then in January of 2016 it was every Saturday. And it didn’t take long cause the business next door was allowing us to park in their parking lot which was awesome. But once we opened every Saturday their customers started complaining about finding parking every Saturday. So I think it was in March or April they asked us to stop using their parking lot. And then shortly after that the neighbors were asking, “Why are there so many cars parking here every Saturday?” So we got too busy to be in a residential area.

So closed in the backyard in, I believe July is when we closed in the backyard. So it was about a year later. And then reopened here in October of 2016. And then that was when I quit my day job cause it was like, ok, we’re going to be open full-time, let’s jump into this with both feet. And yeah, it’s been crazy. I haven’t looked back.

What’s been some of the challenges of starting your own business?

Definitely capital. I didn’t get a loan. I wanted to grow organically. Being in debt stresses me out and I had a stressful full-time job. This wasn’t supposed to add to the stress, this was supposed to be stress relief type thing. And I don’t regret doing so, I just know it would’ve been much easier to go out and get a business loan. To have the working capital to build the merchandise, to get enough supplies, instead of the way I did it. But, ya know, it worked. It just took a lot longer to get here then it would have if I had had the money to go buy the equipment.

So was everything just out of pocket from everything you had raised and saved?

Yup. Yeah. So I worked really hard in the first year – it took almost a year, actually 14 months so over a year to get licensed. During that time, I just worked as much over-time as possible and saved up, got out of debt, and made money a non-issue as much as possible, or so I thought. So once I was able to quit I was able to focus on the business instead of being worried about how much I was making. Breaking even was low at the time. I have since hired a full-time employee so it’s raised but, so far so good.

Do you have advice for other female entreprenuers?

Just don’t think about it too much would be my advice to them. Especially in the brewing industry, it’s male dominated. Most industries are. But if you believe in yourself everyone else will as well. So just don’t question it. Just jump. Life’s too short not to.

Have you gotten any pushback for being a female in the industry?

Yeah, here and there. Not too bad. Sometimes from customers, it’s really rare.

Yeah most of them end up thinking it’s awesome though and support me more.

I’ve had lots of help from friends. There’s no way I’d be here without help. So, if people are offering you help don’t deny it. It is difficult, especially in the beginning. Cause you don’t feel like you should need it cause you’ve made this choice and you’re going out on your own but when people are offering to help you, it just helps. Any little bit. Just take it.

For more information about the brewery or Charlene, check out their website. Click here to learn more about Women Owned Spokane or contact Margaret for information on being a part of the project. 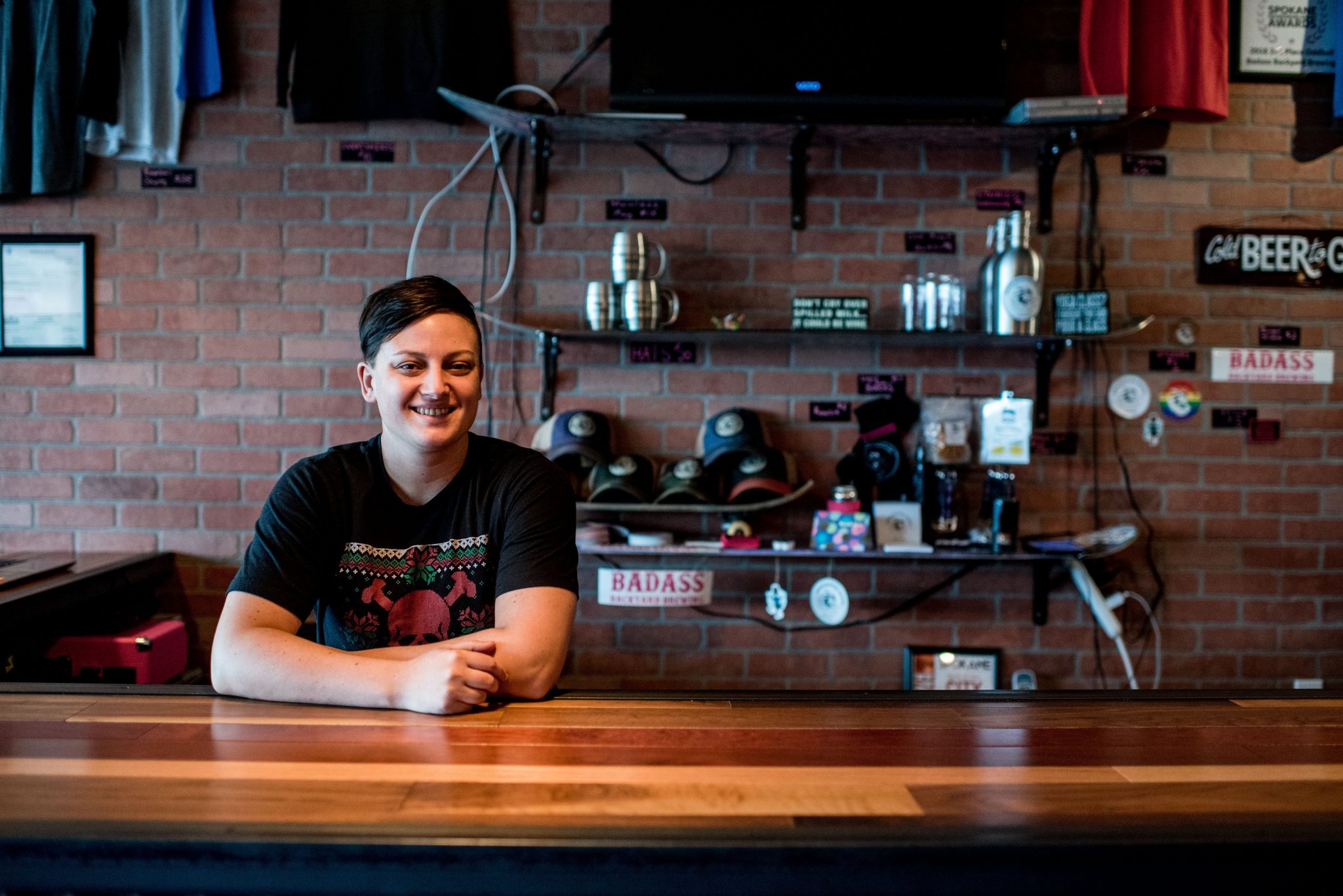