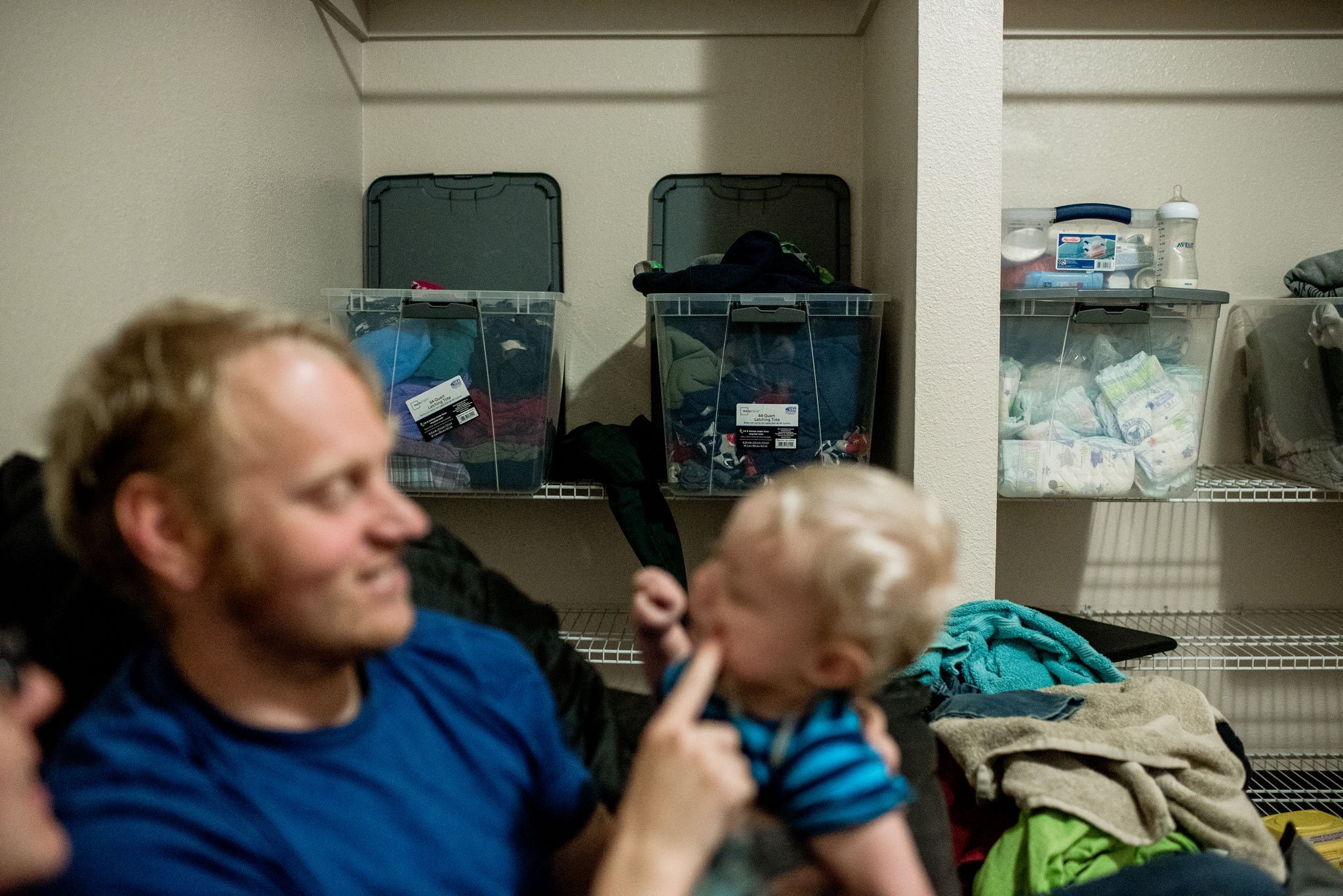 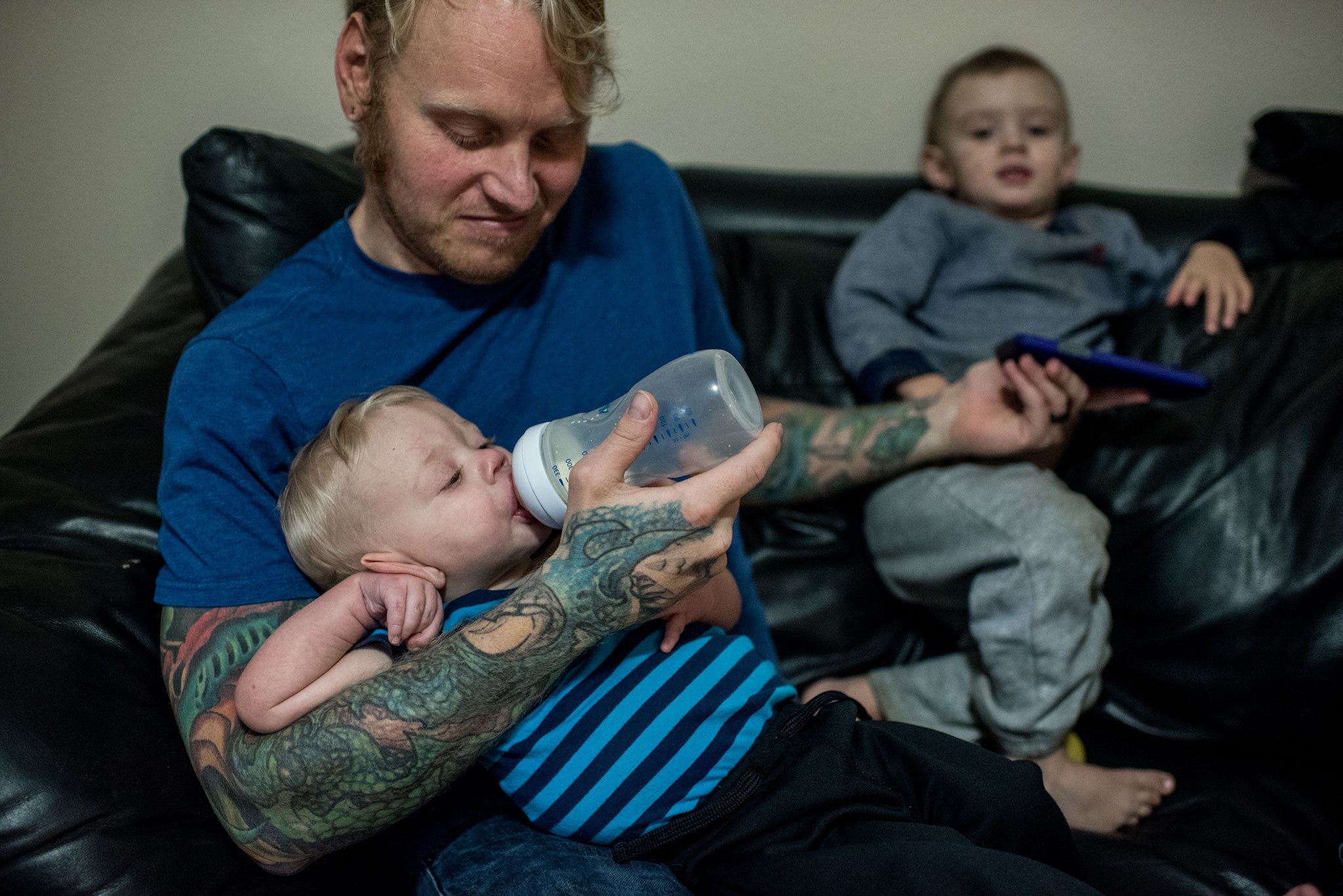 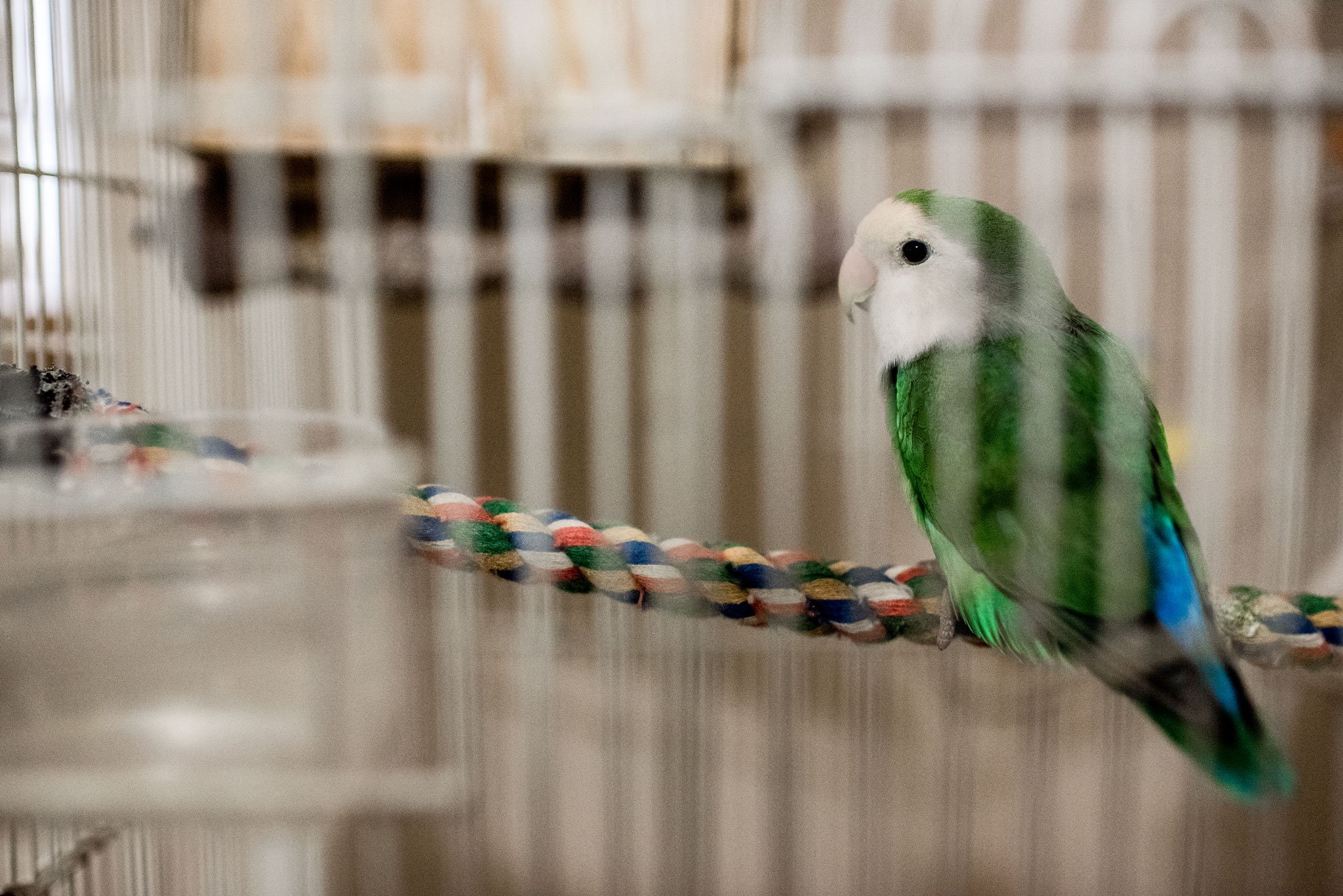 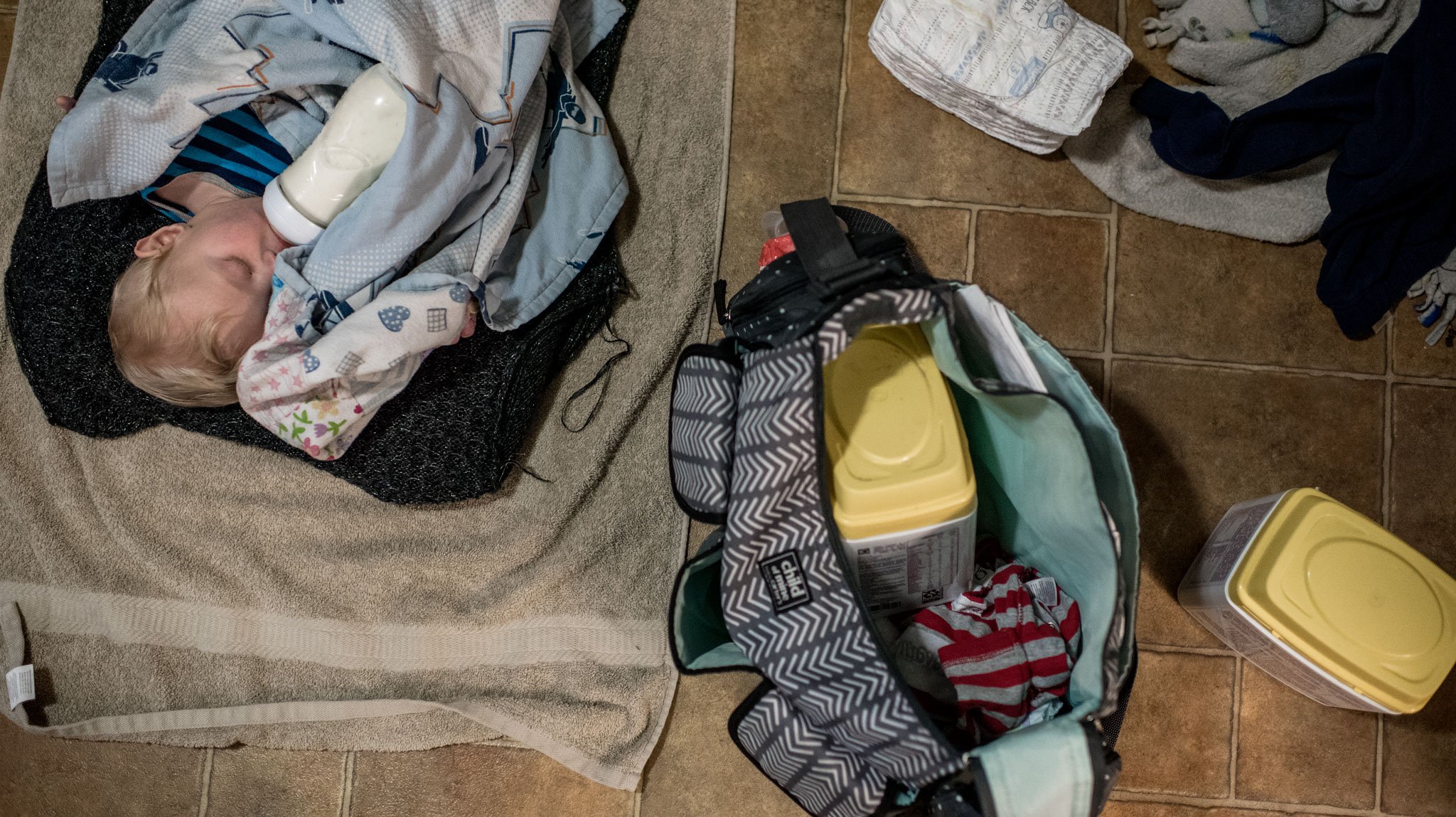 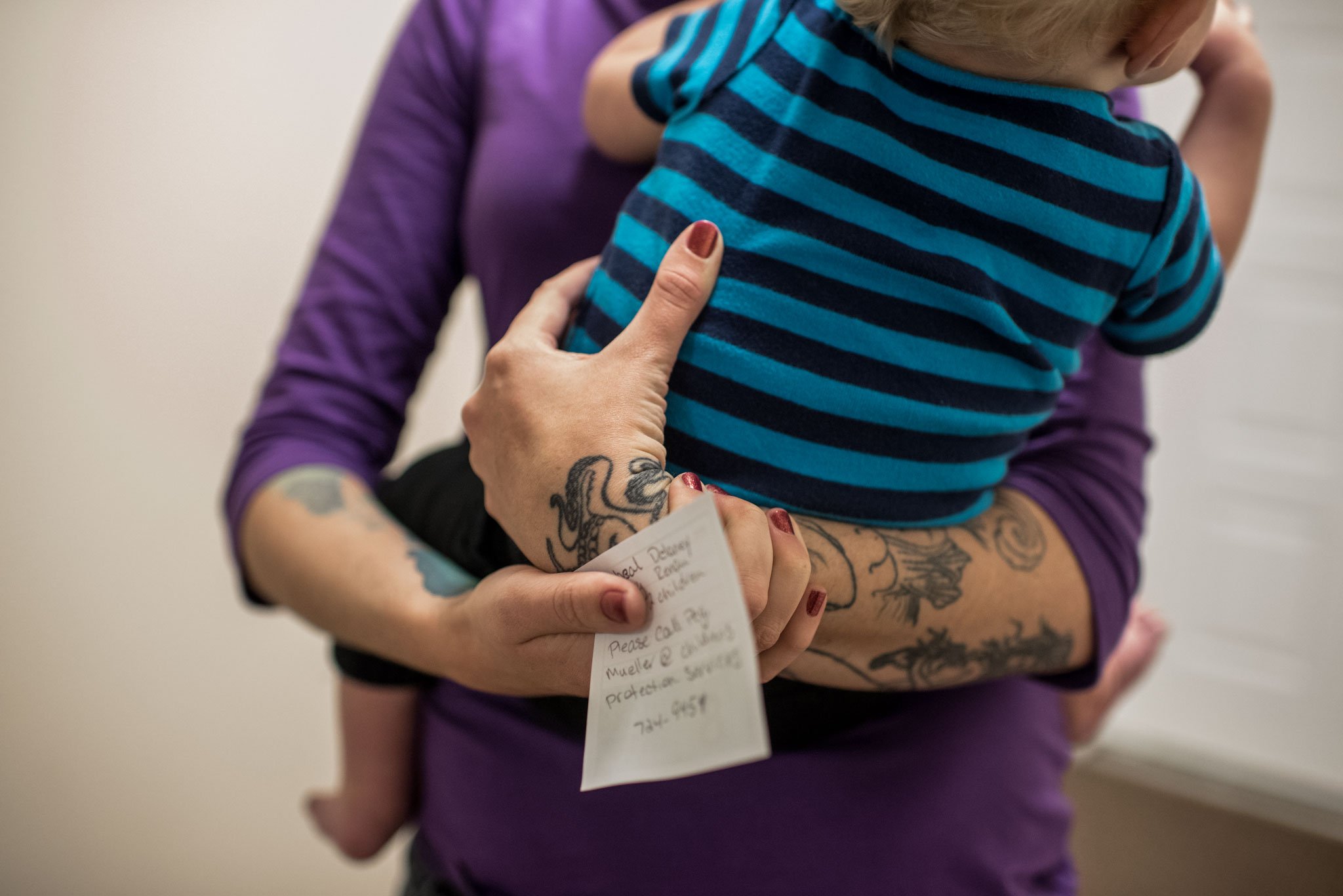 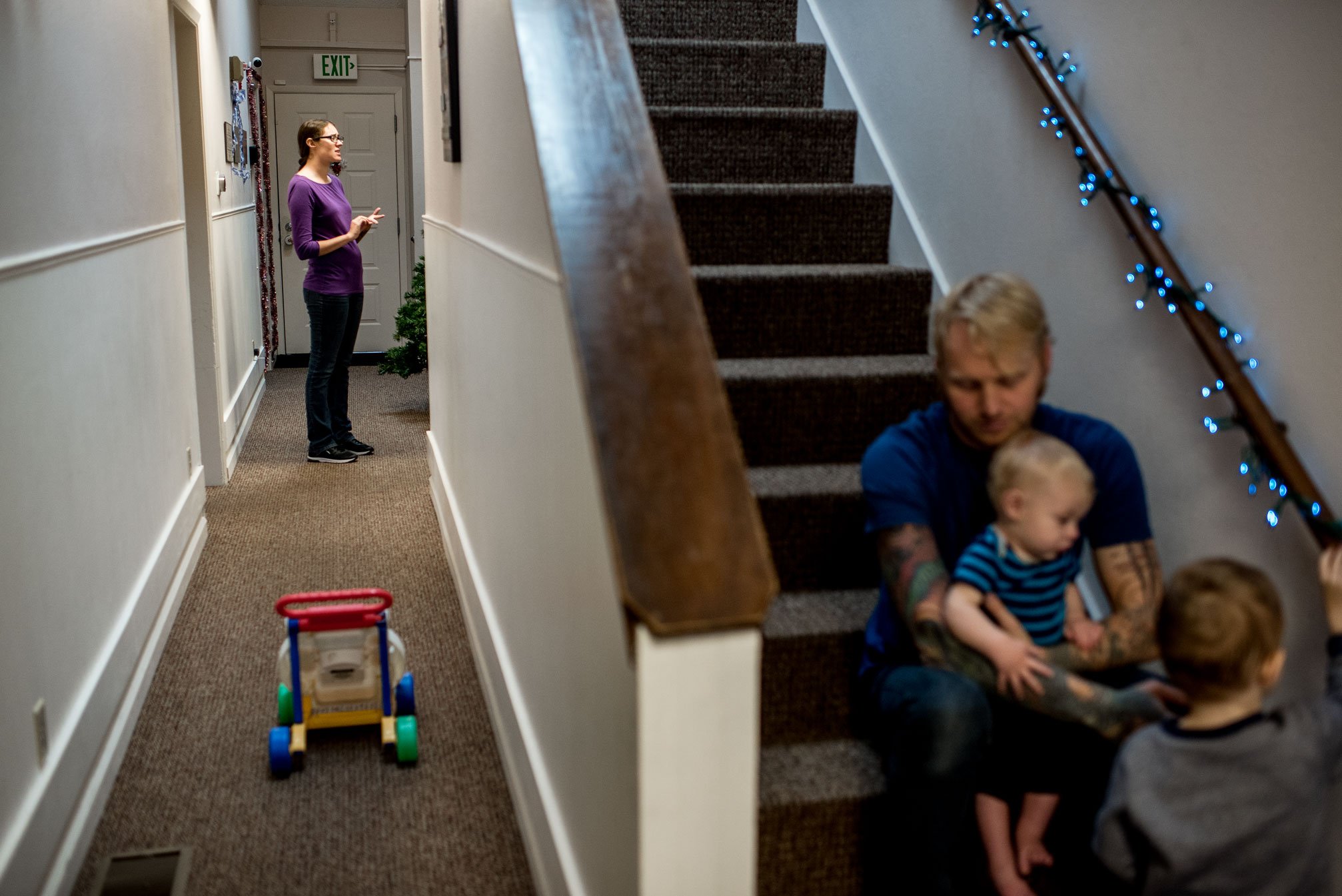 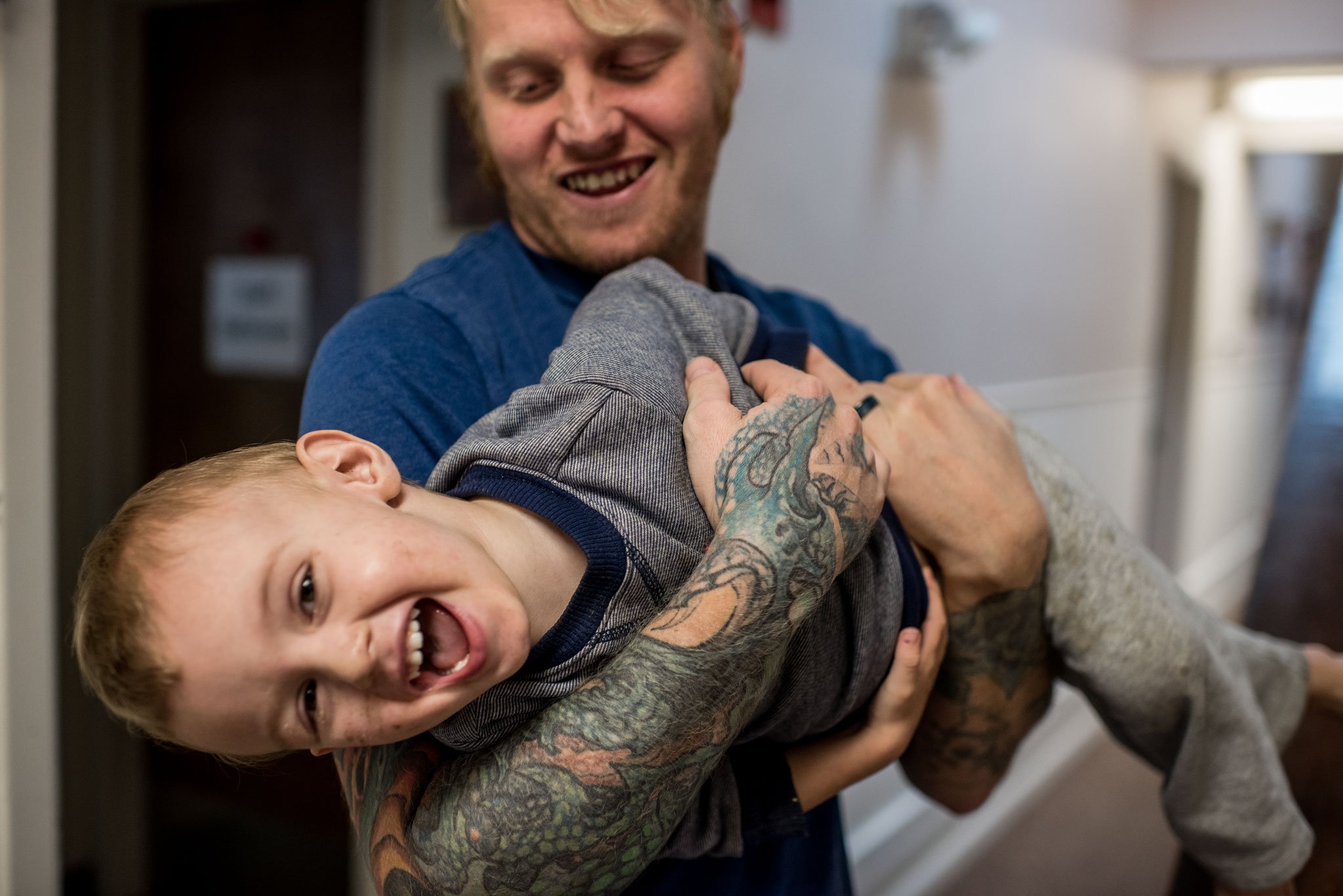 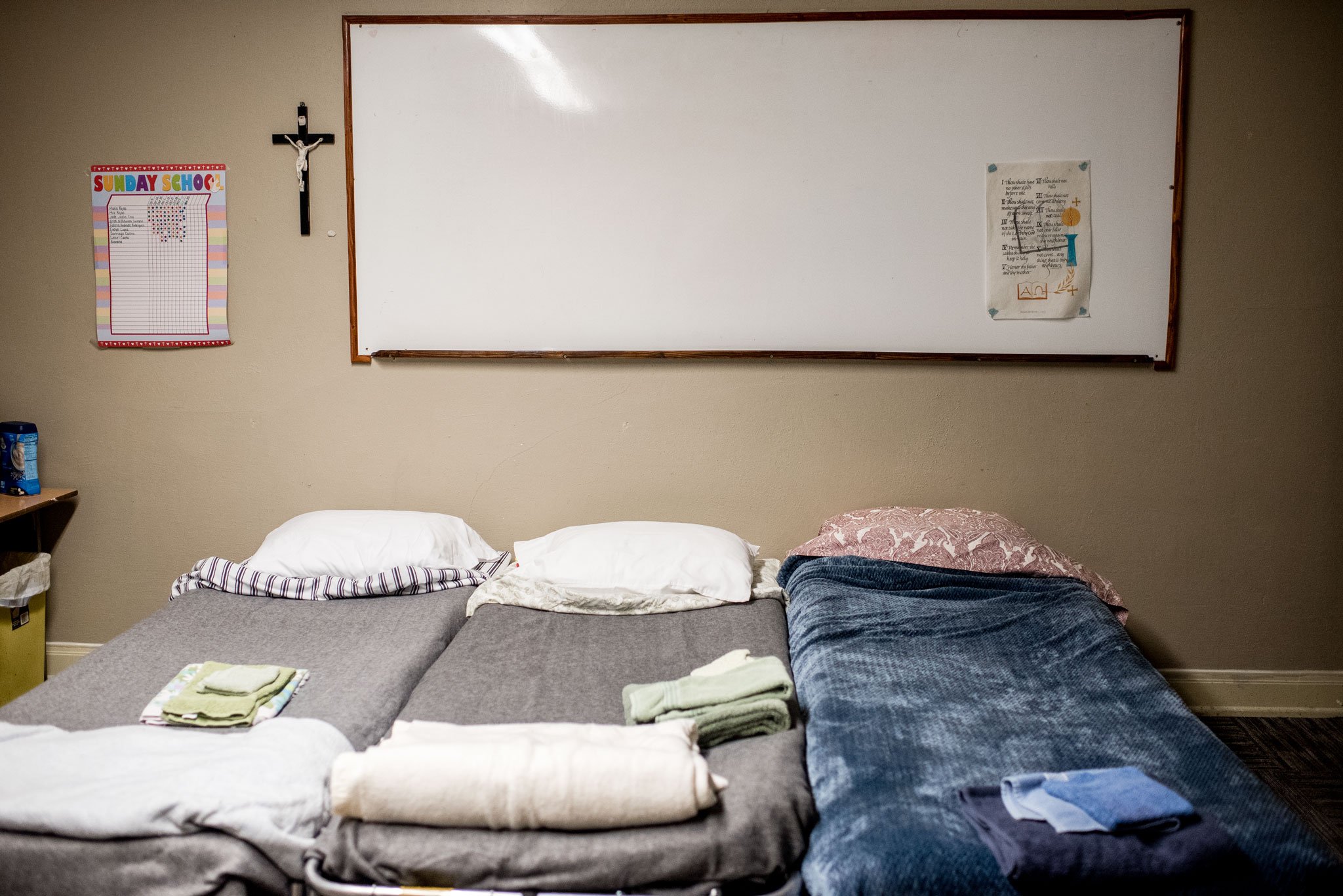 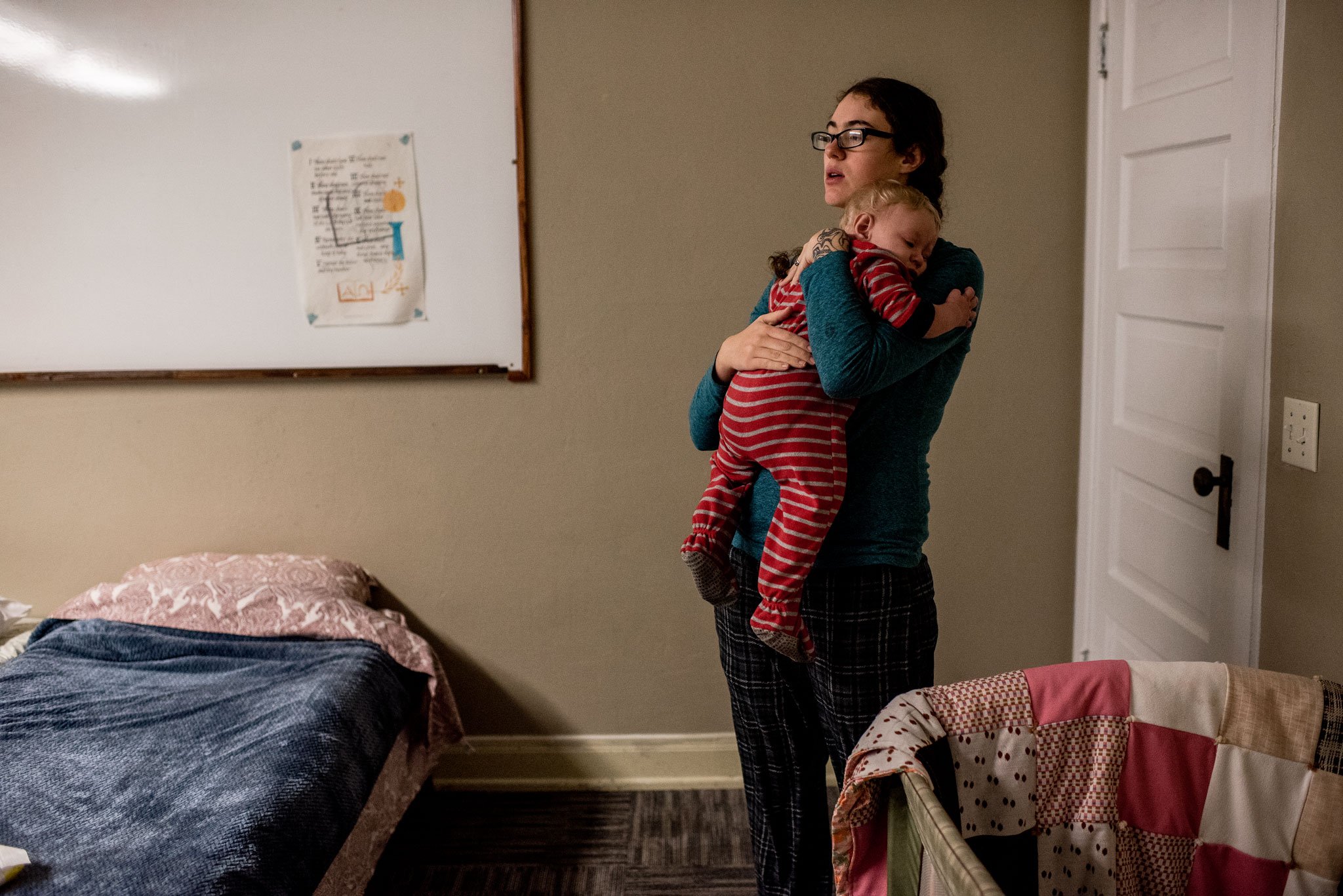 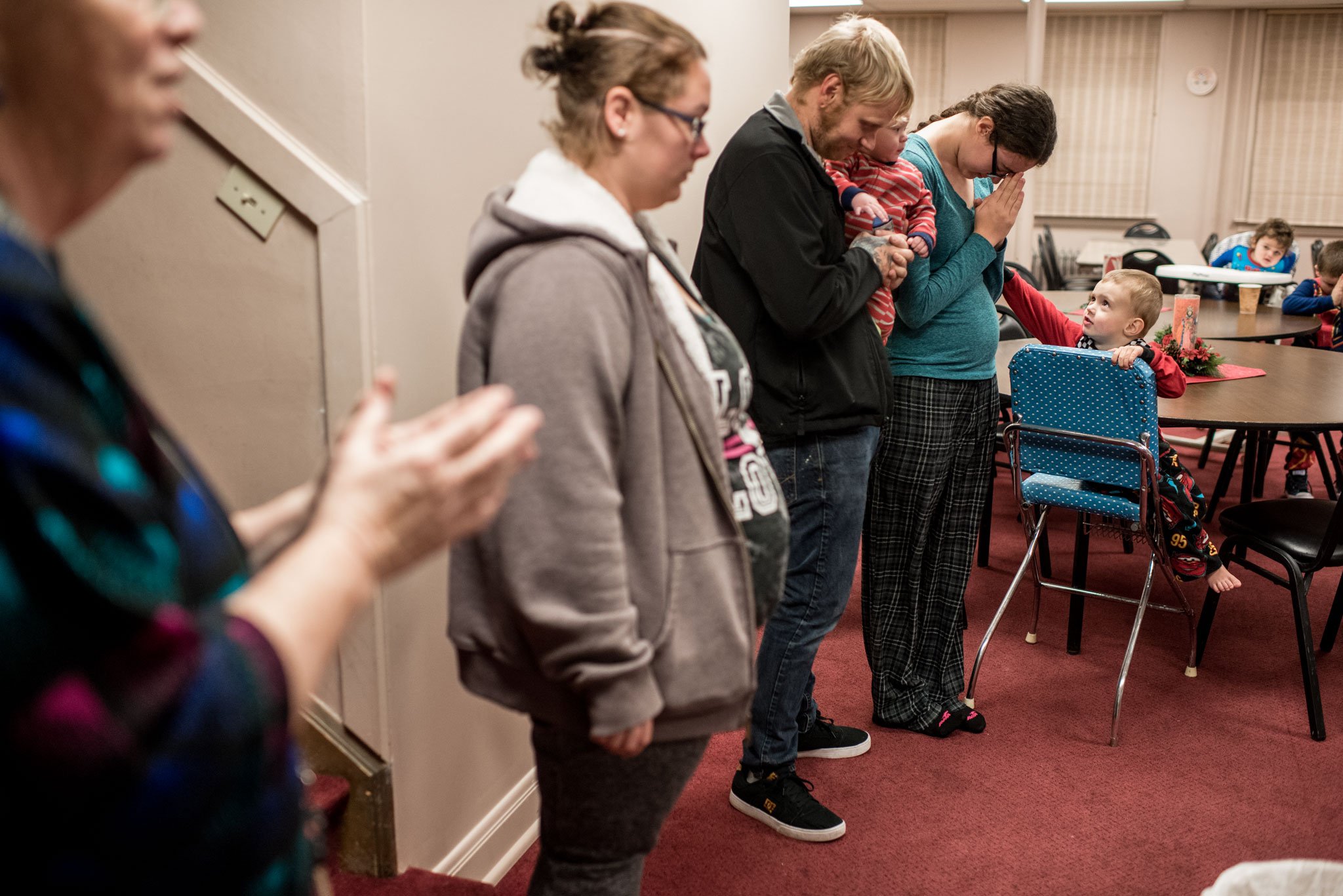 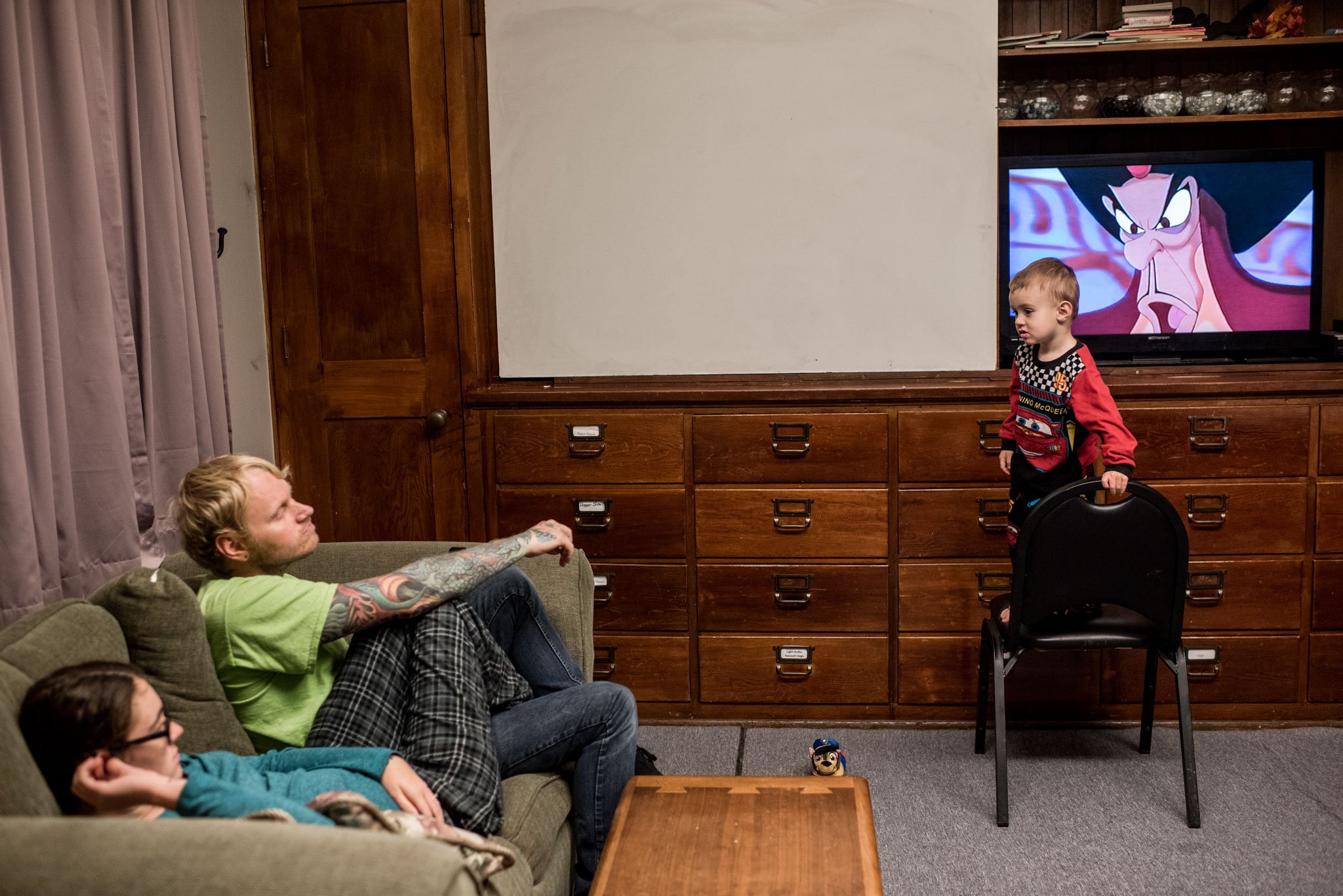 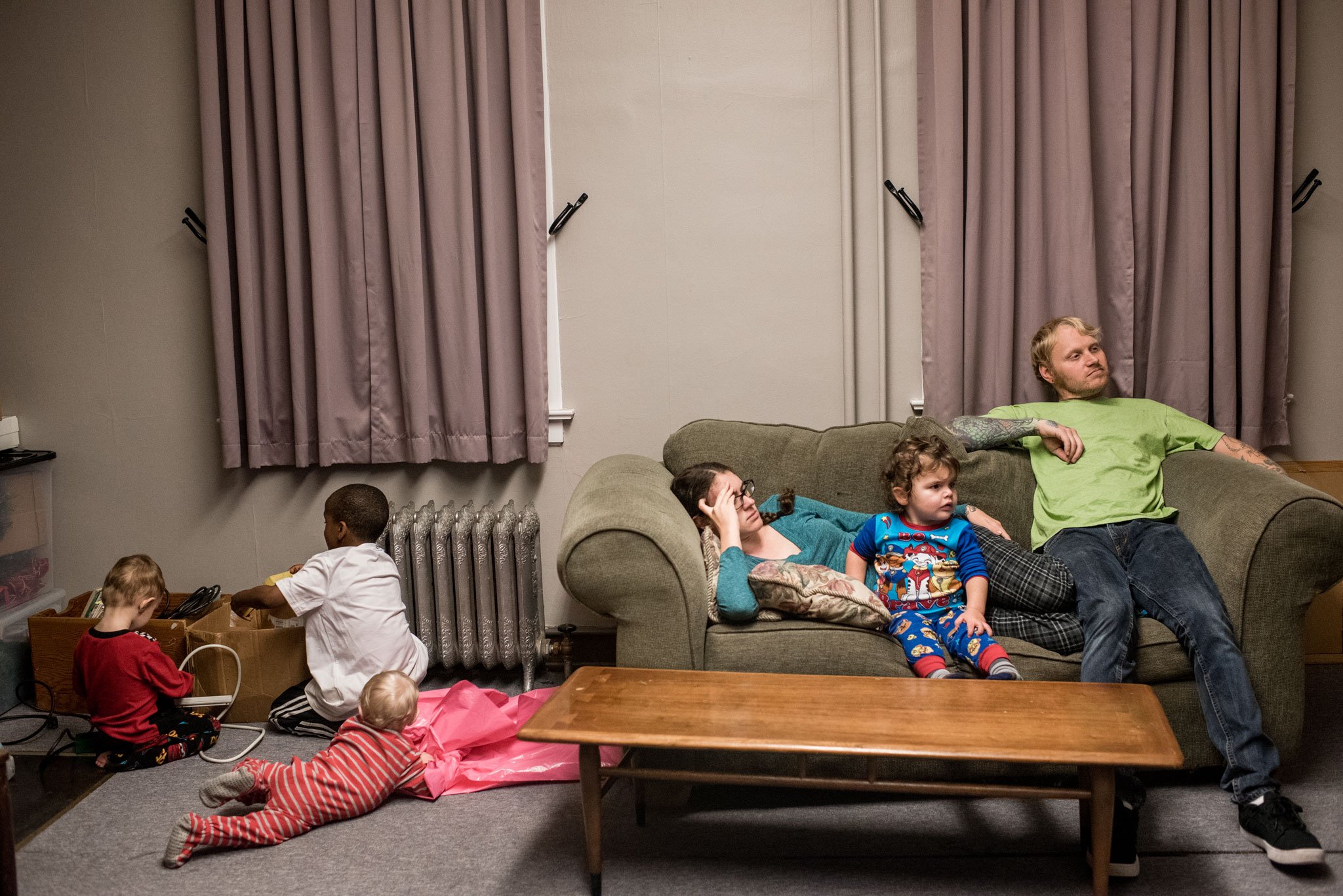 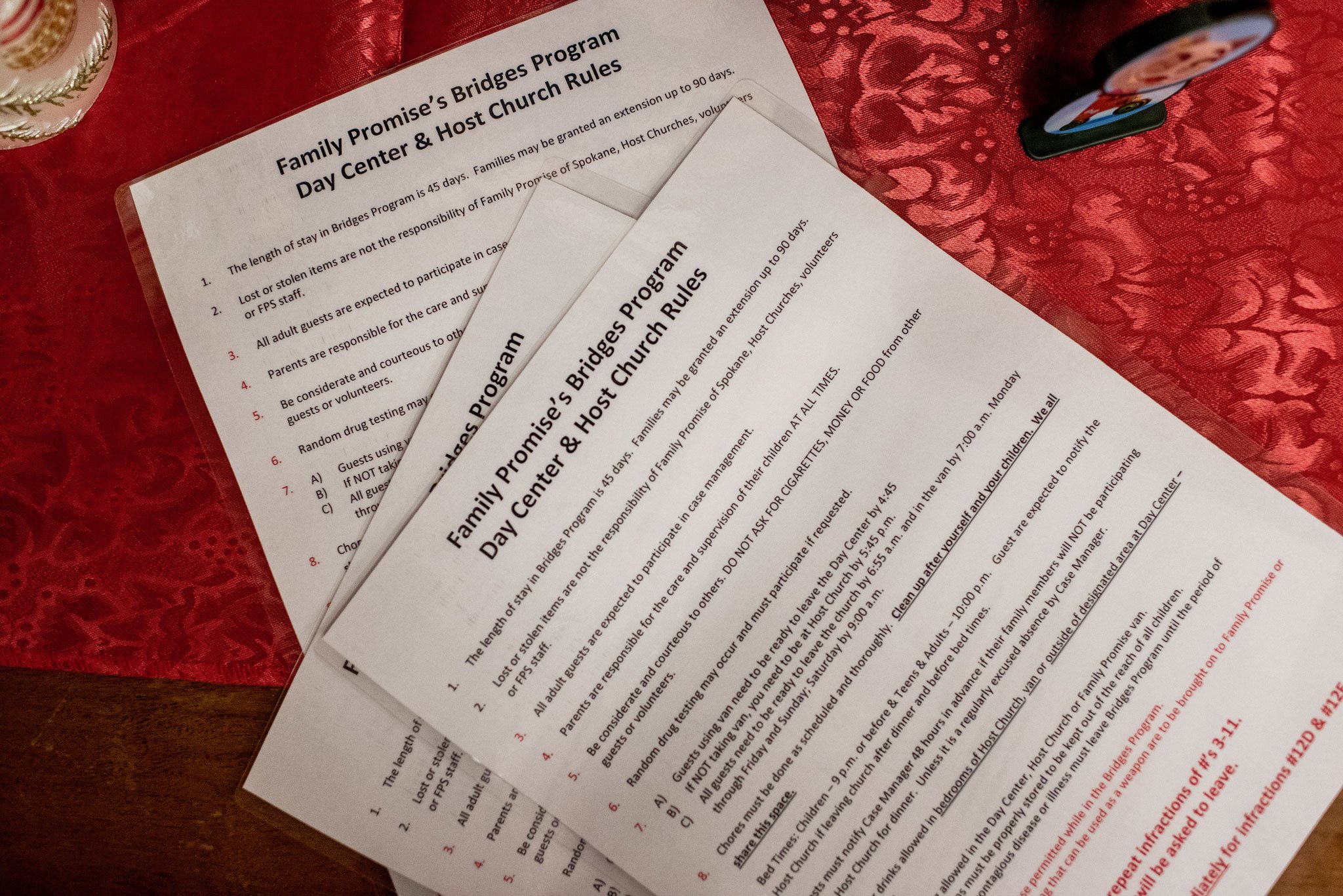 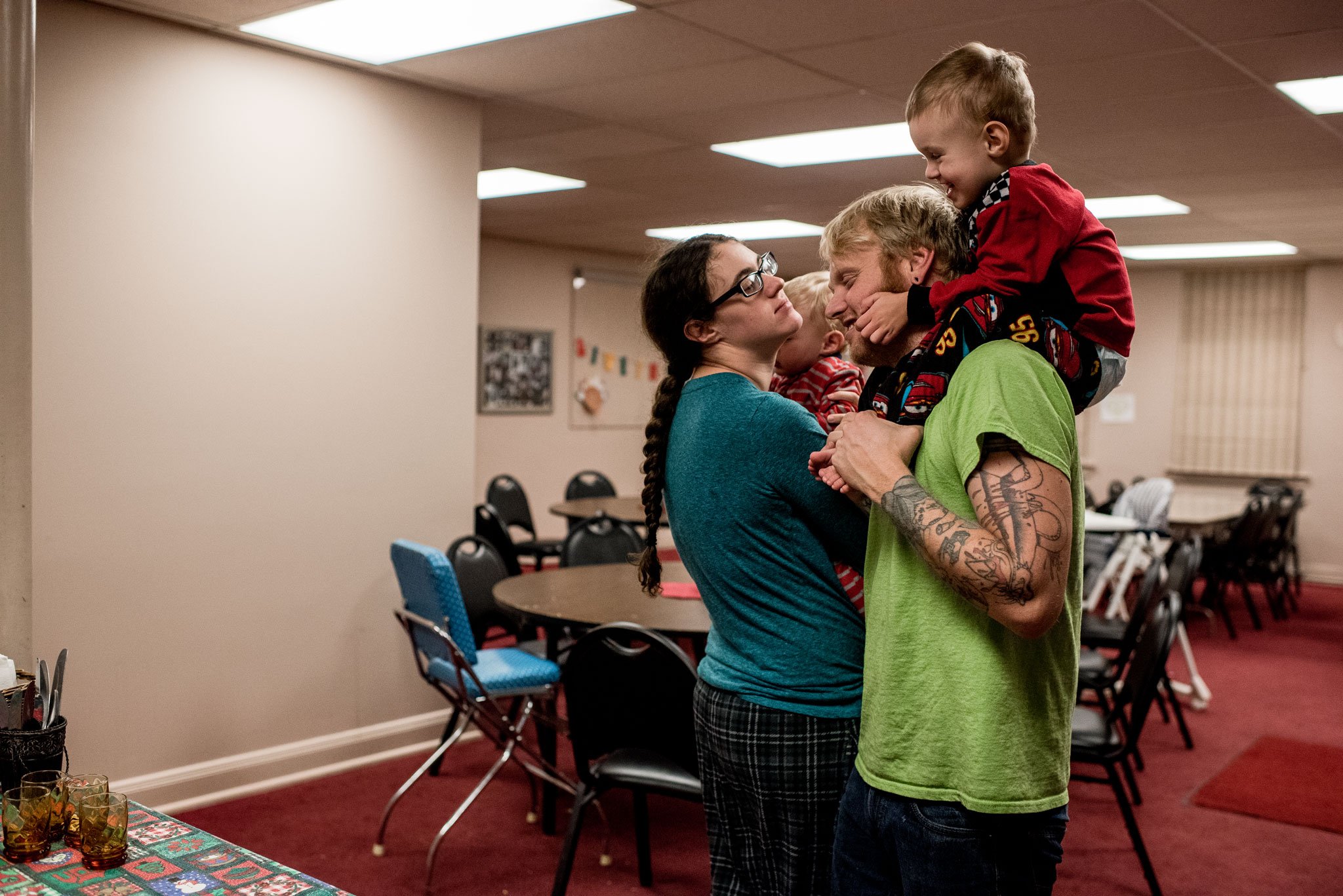 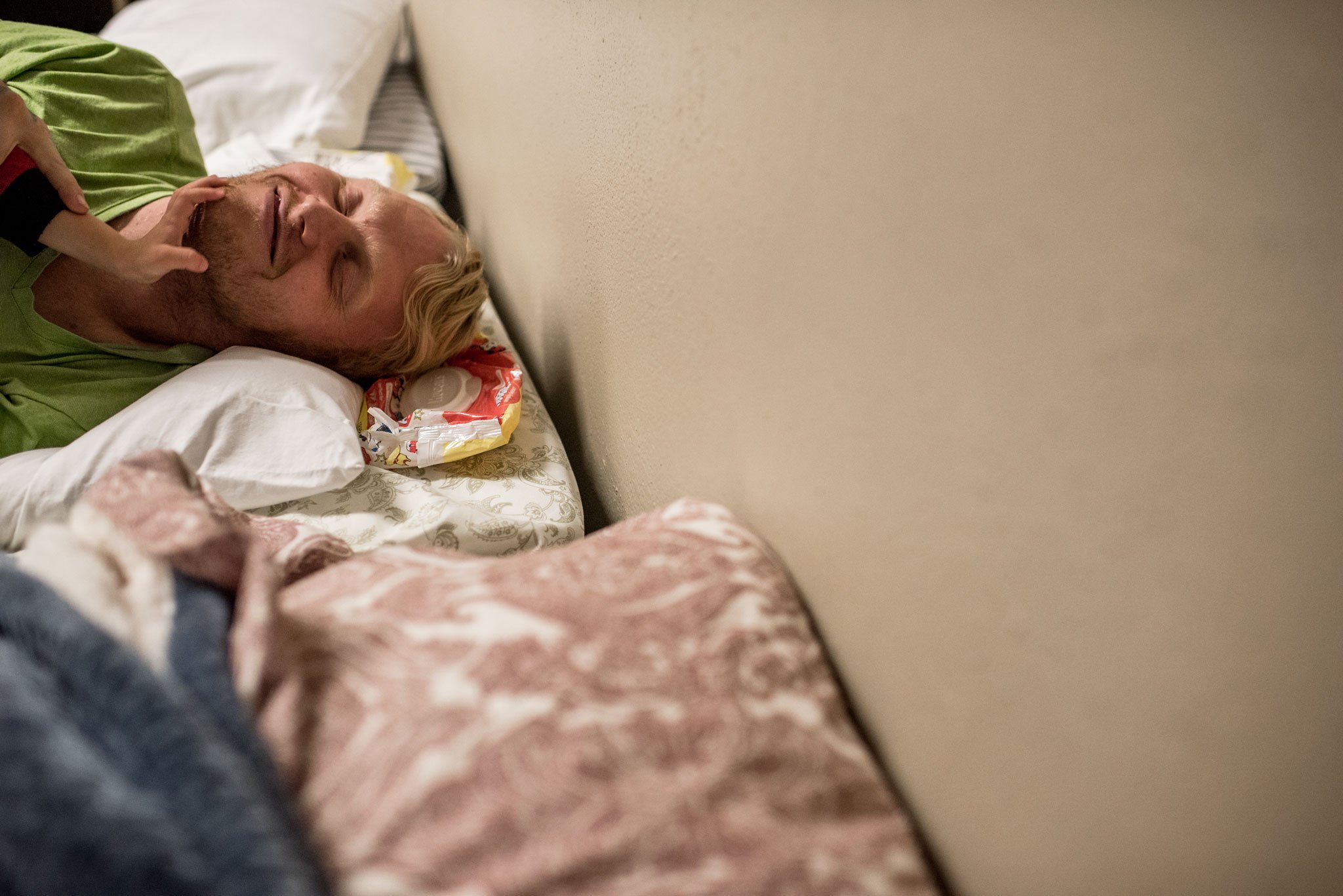 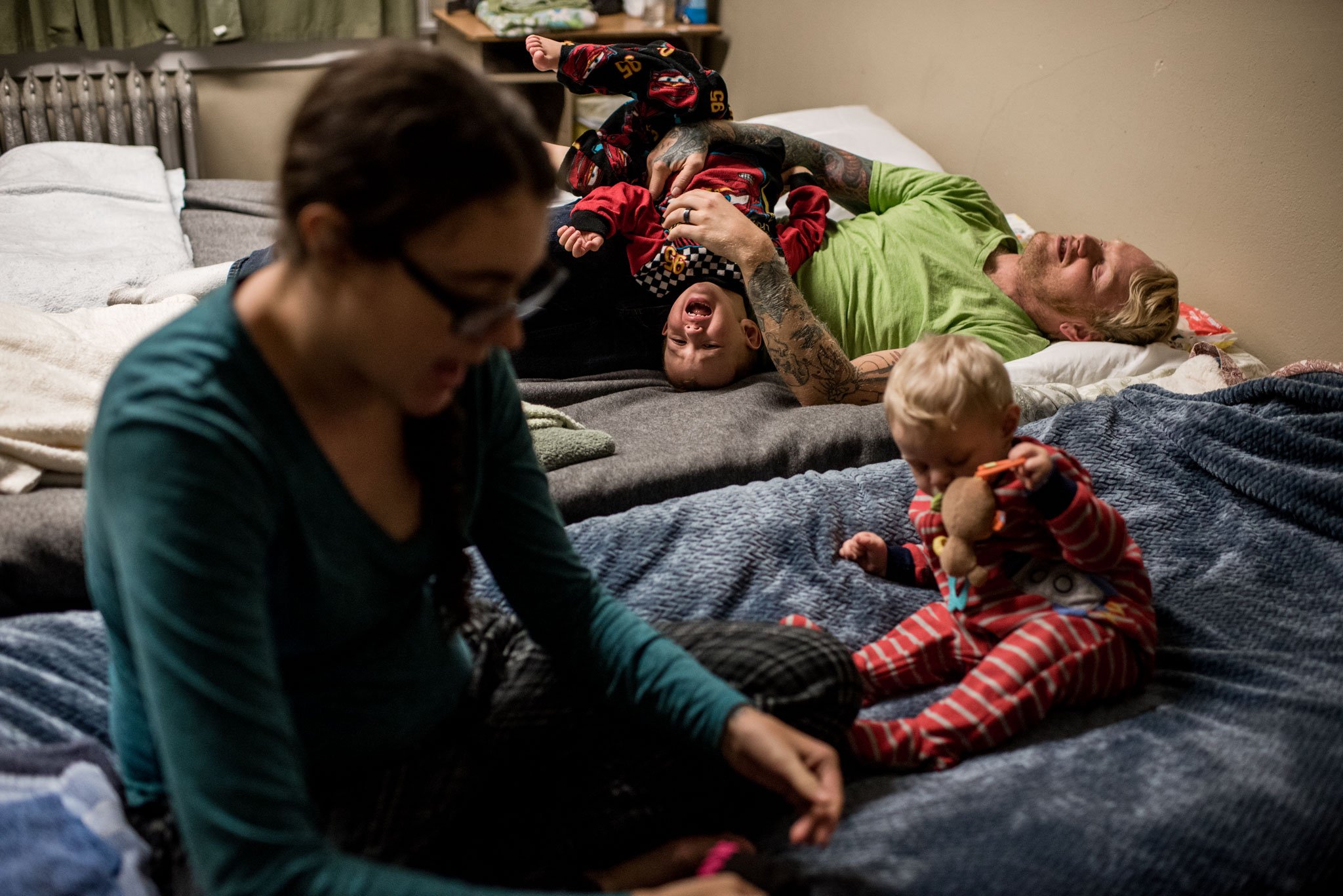 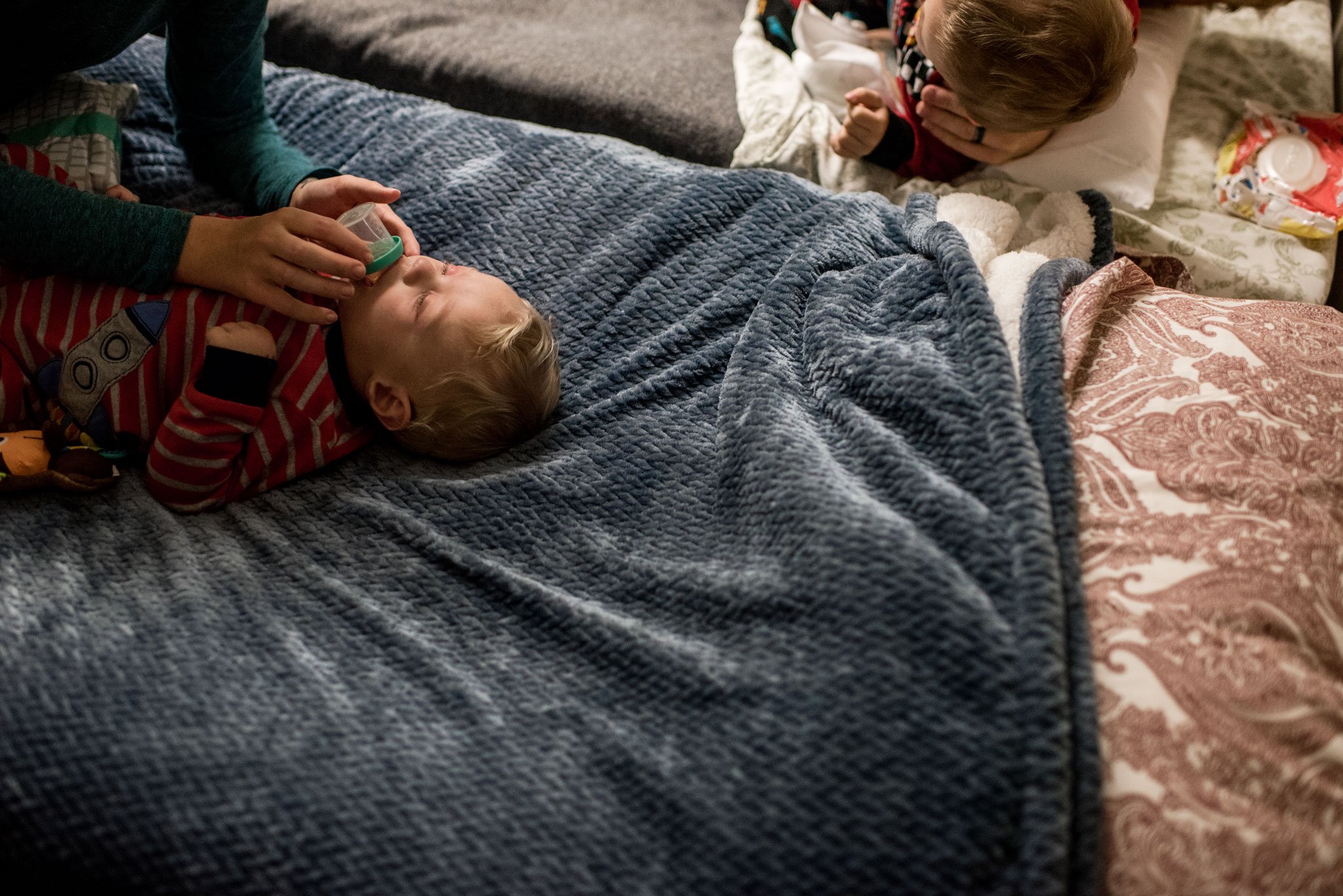 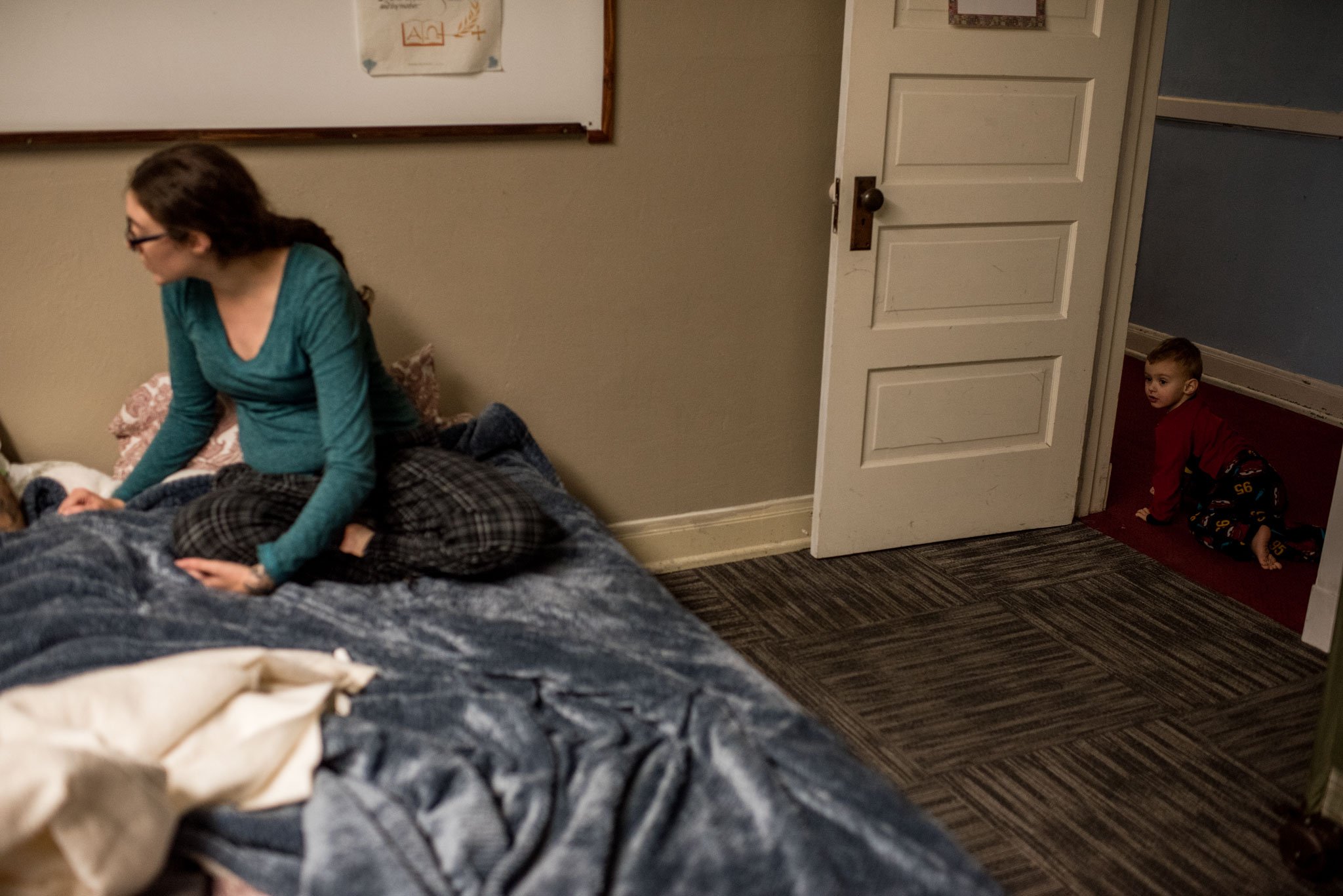 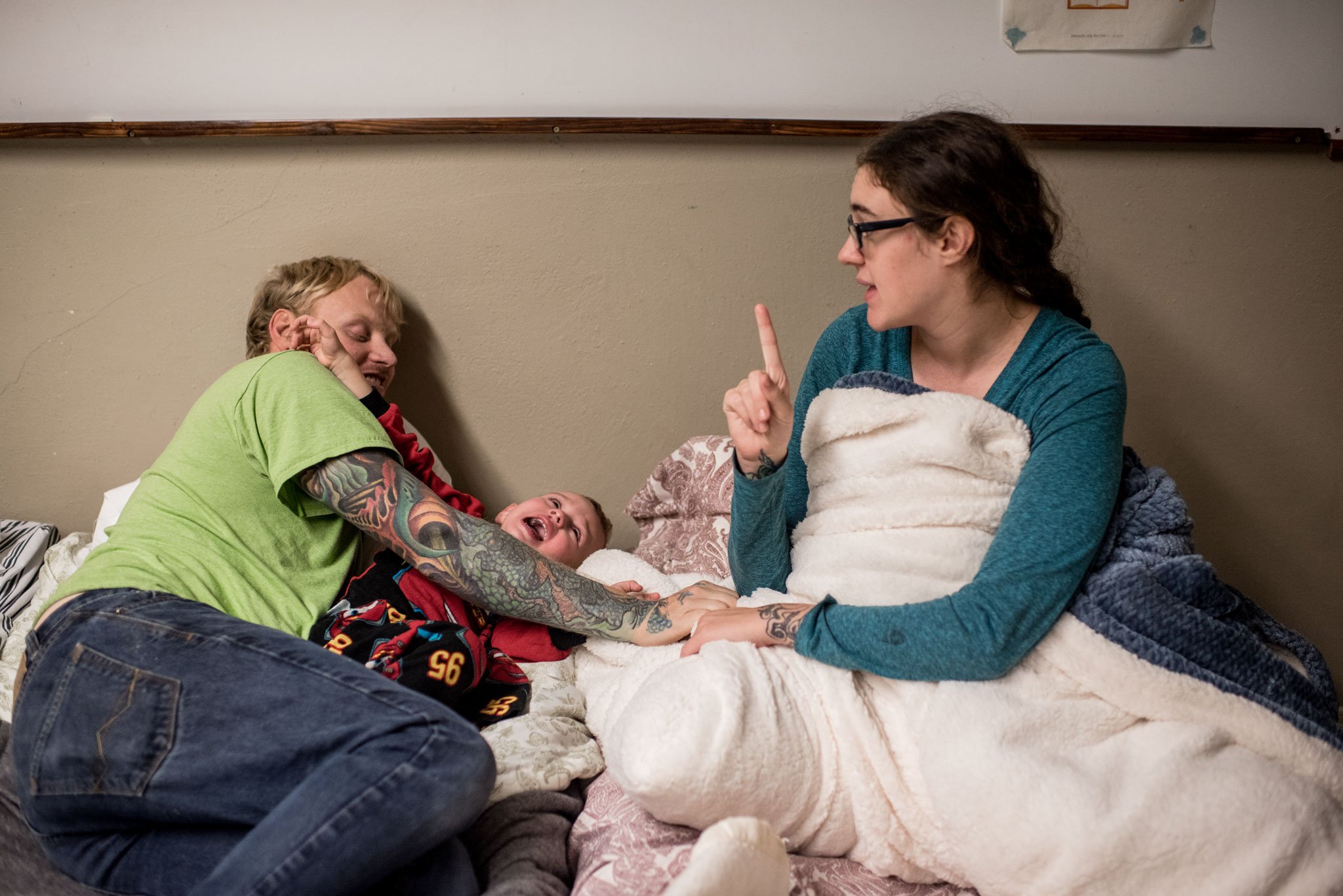 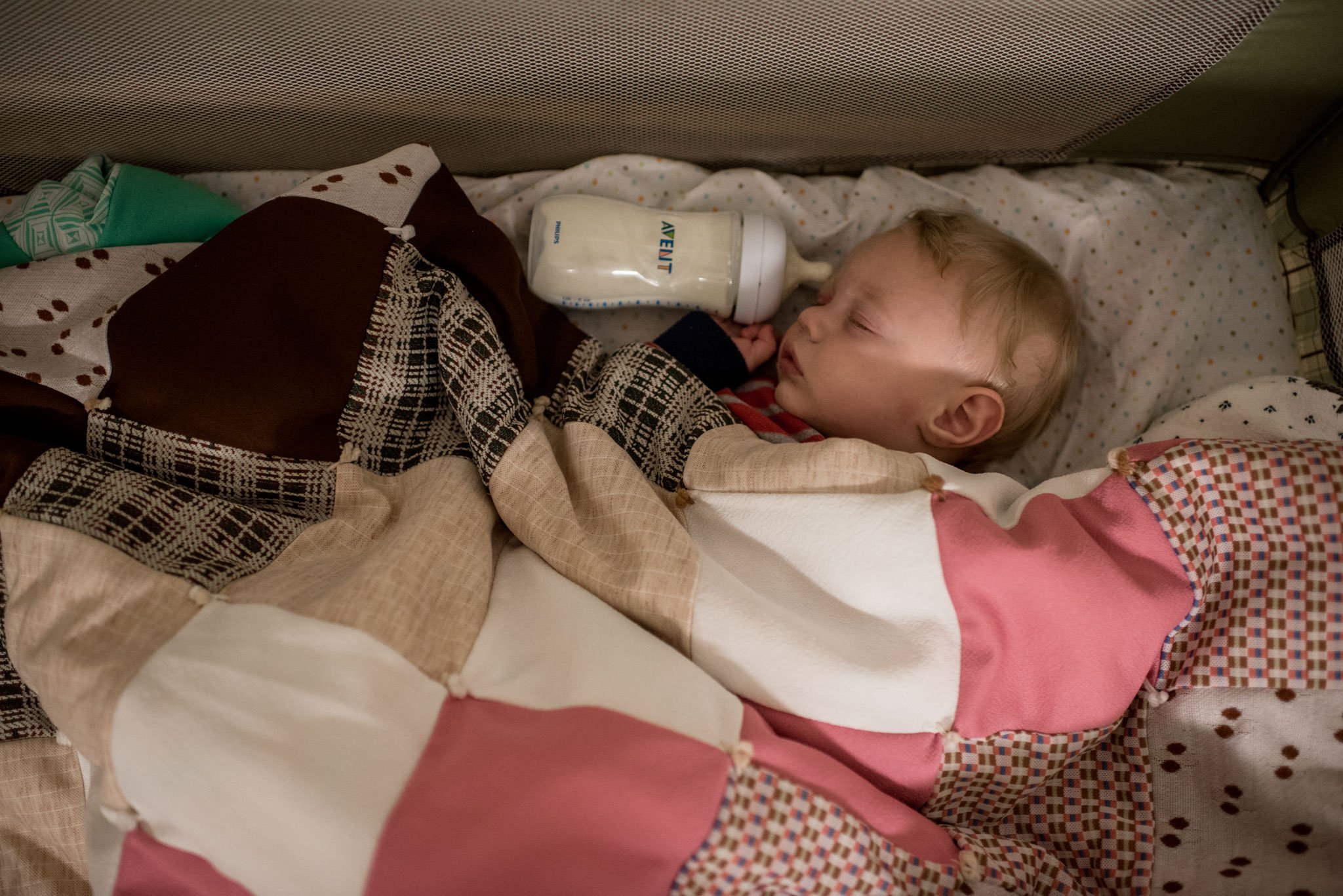 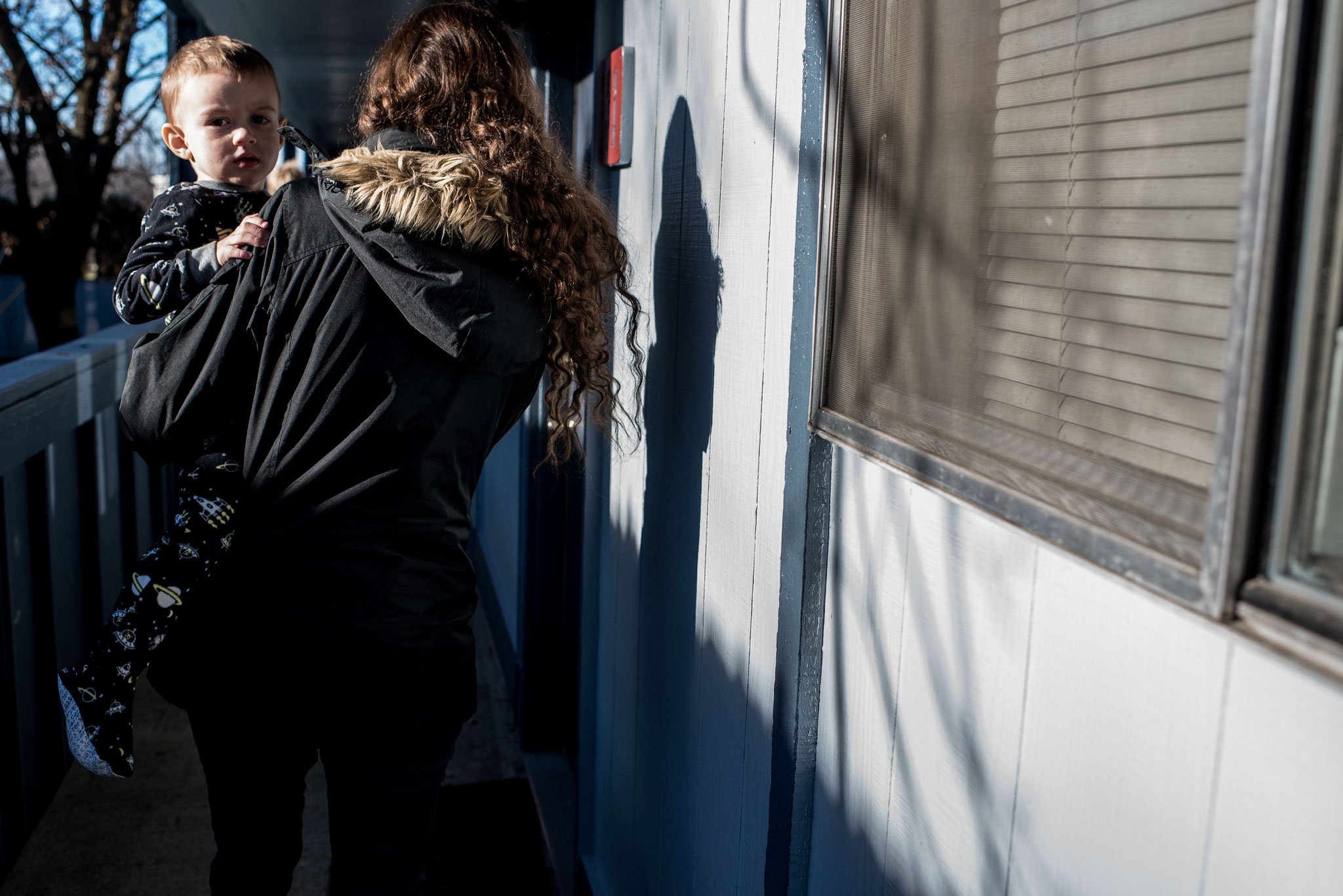 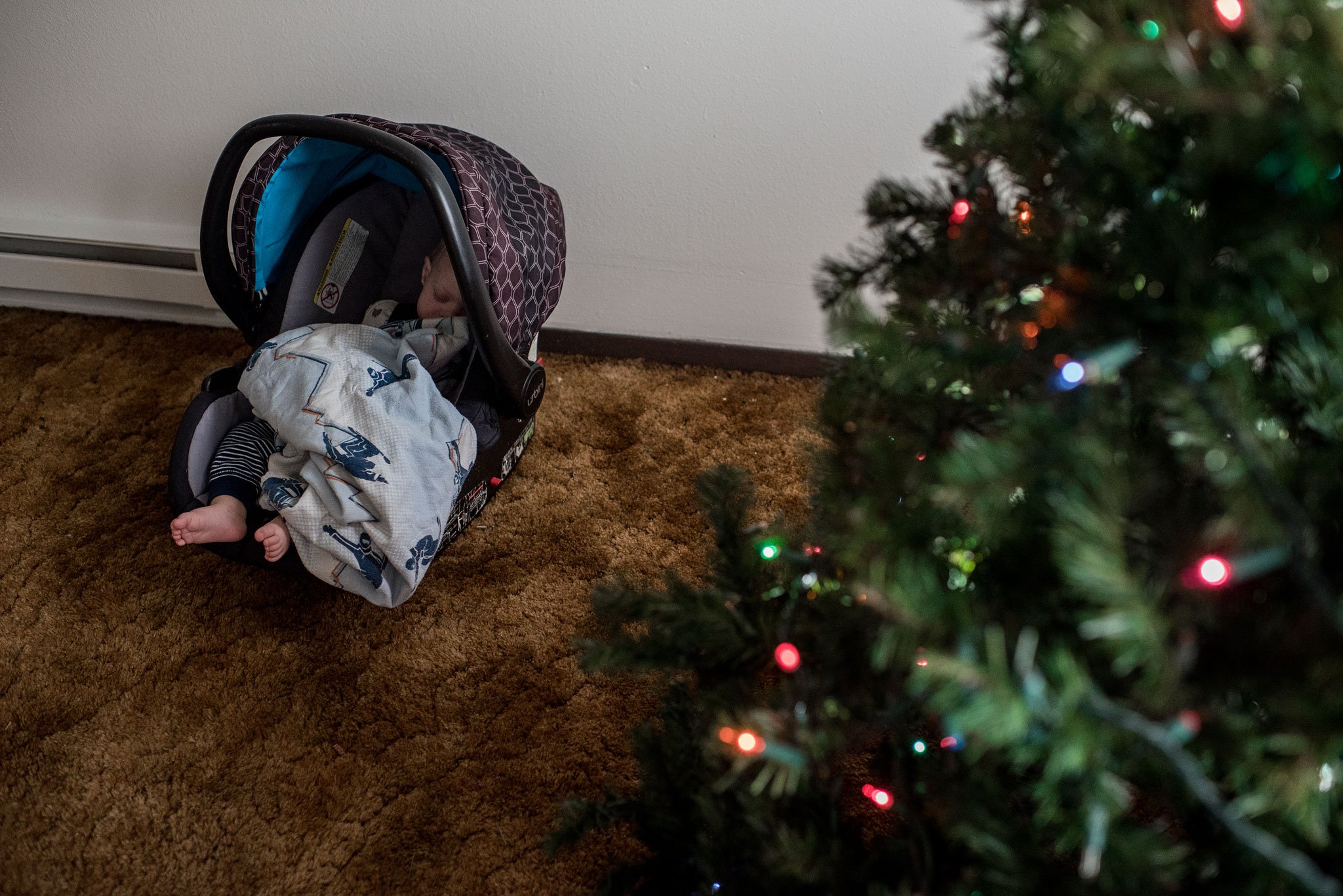 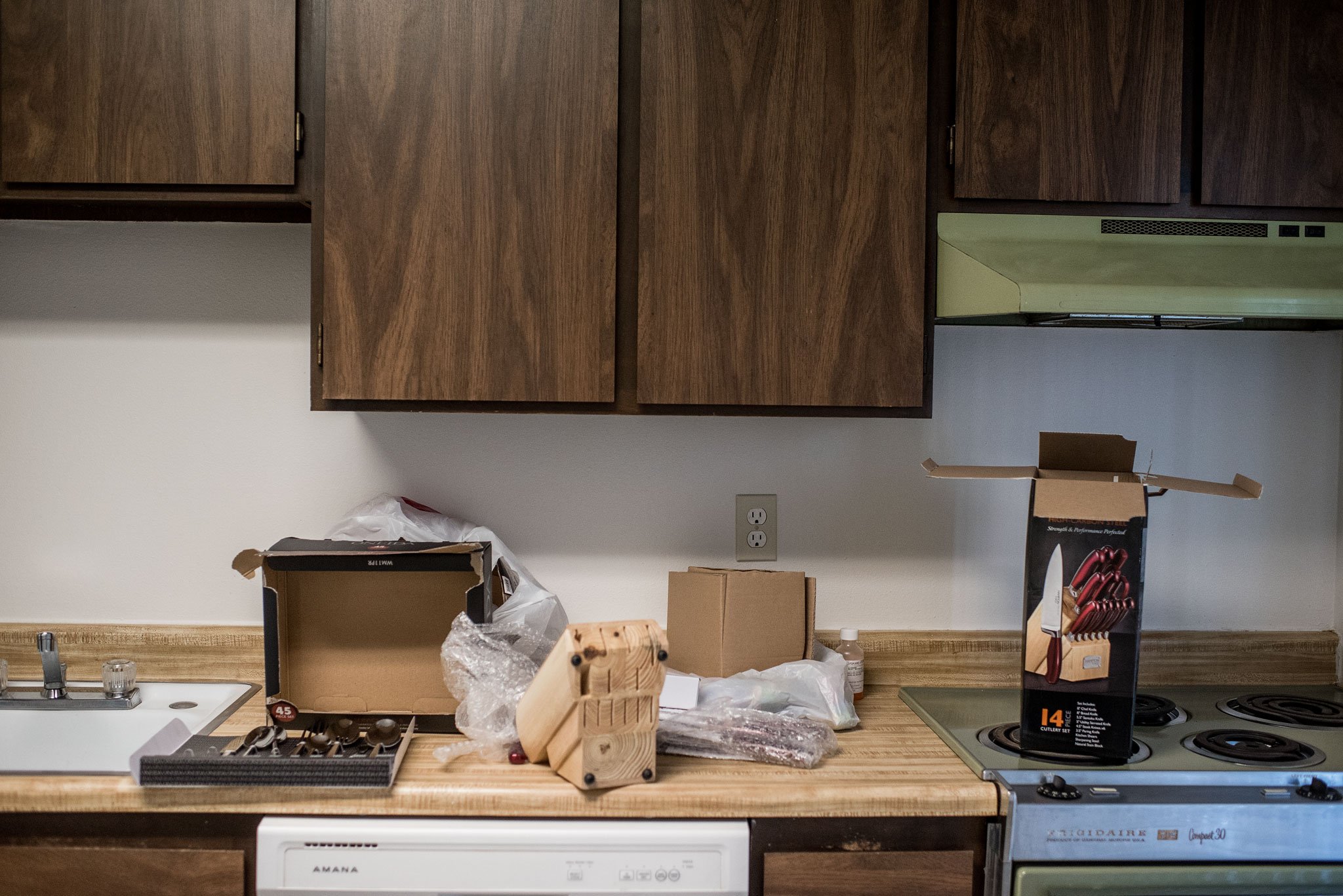 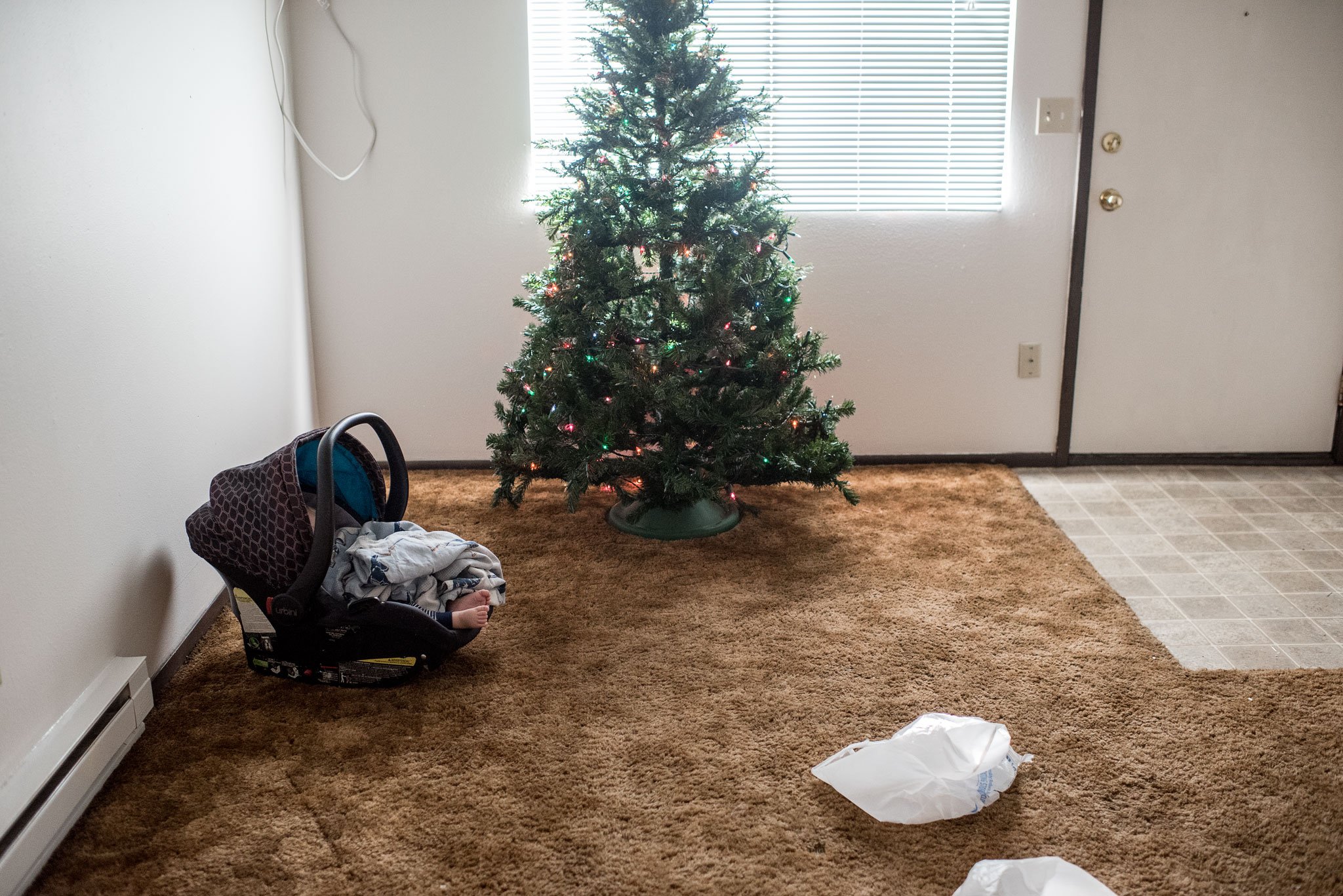 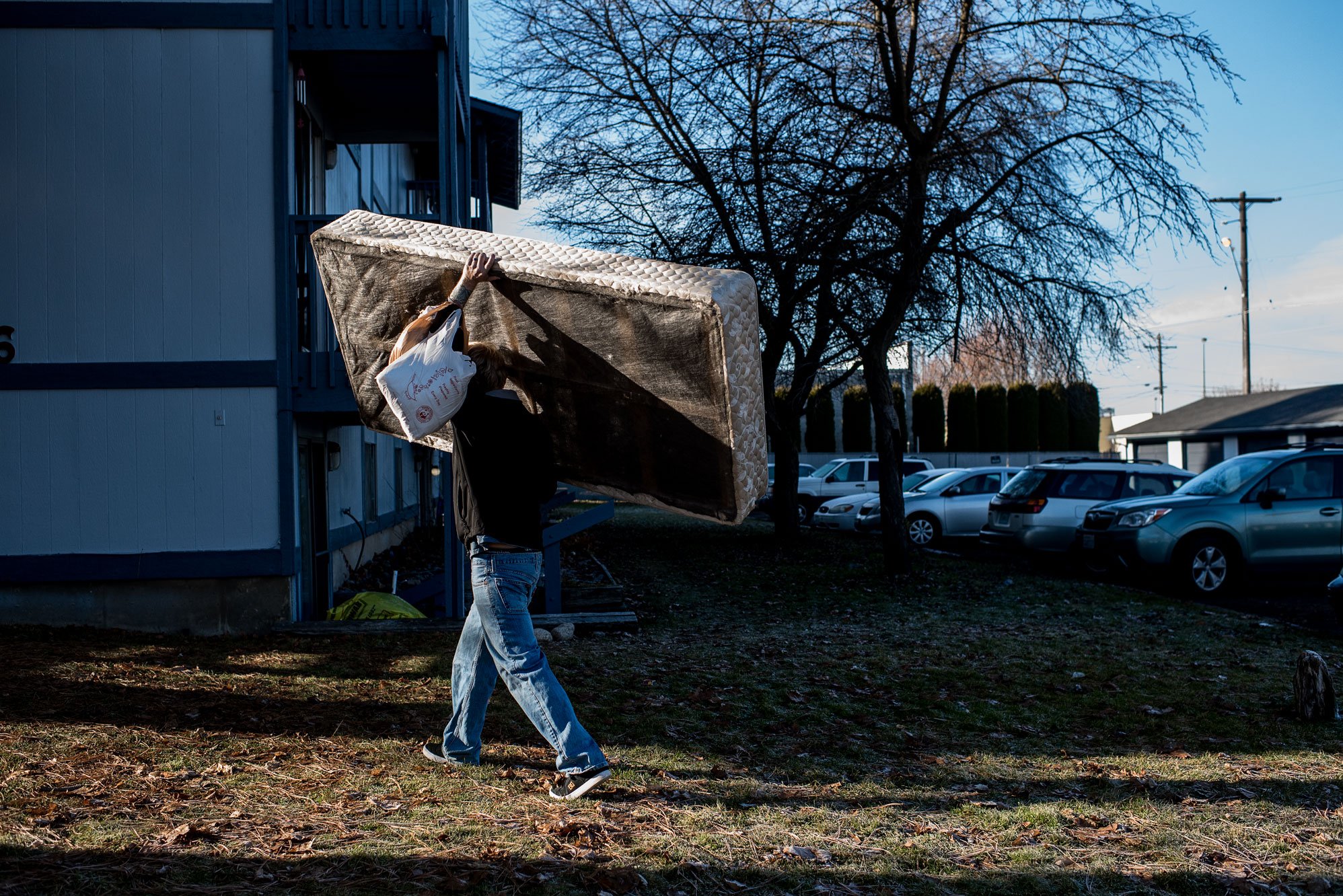 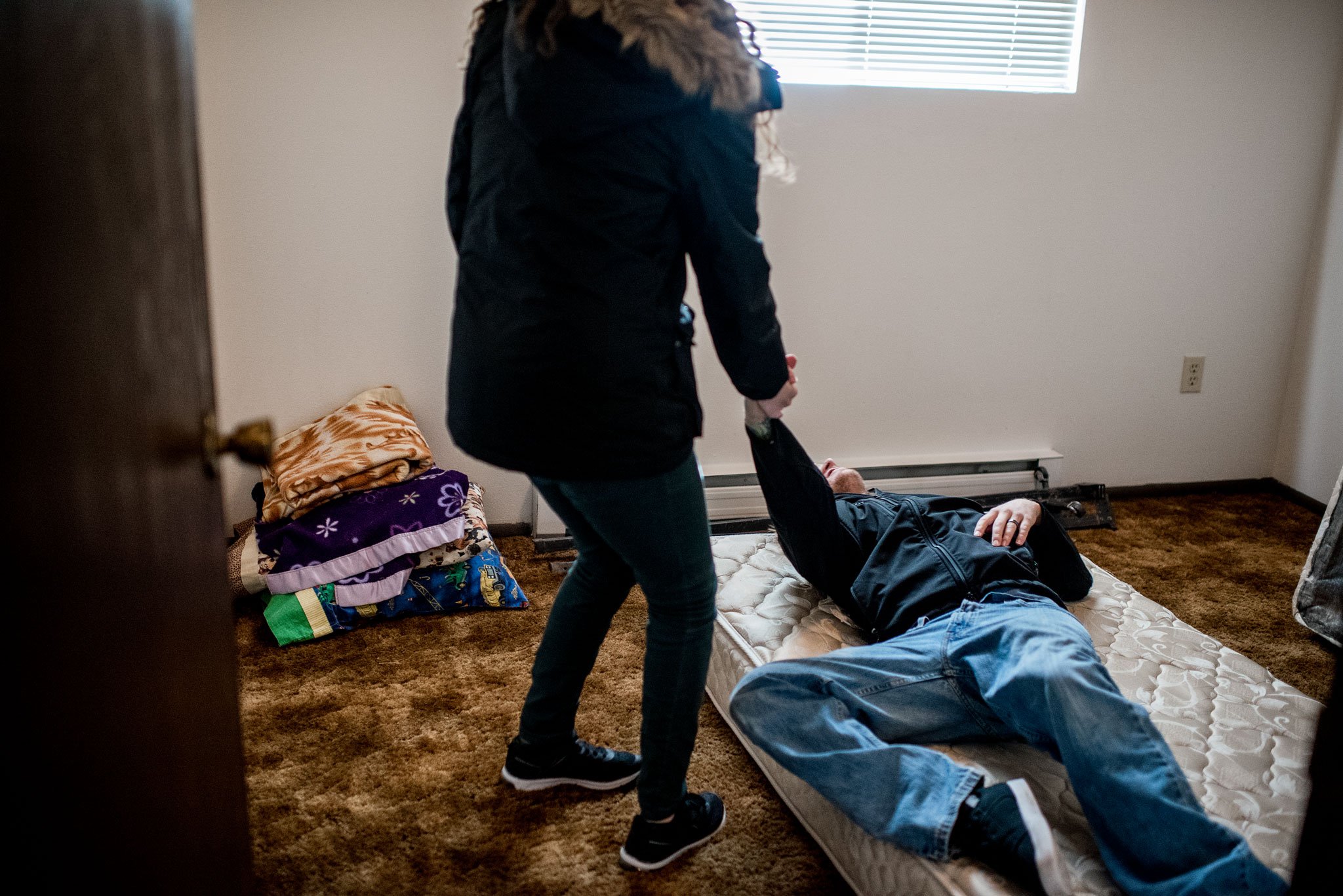 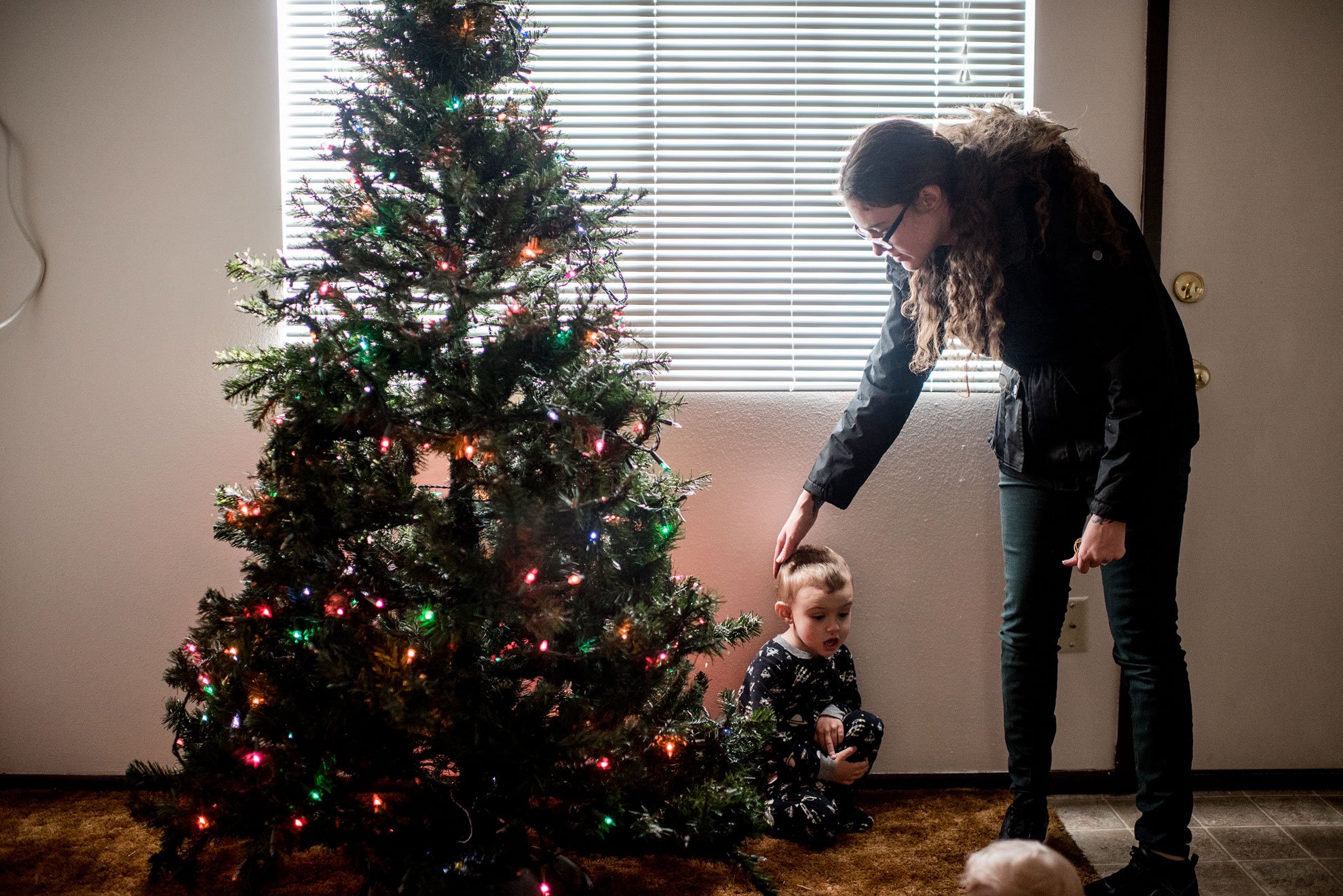 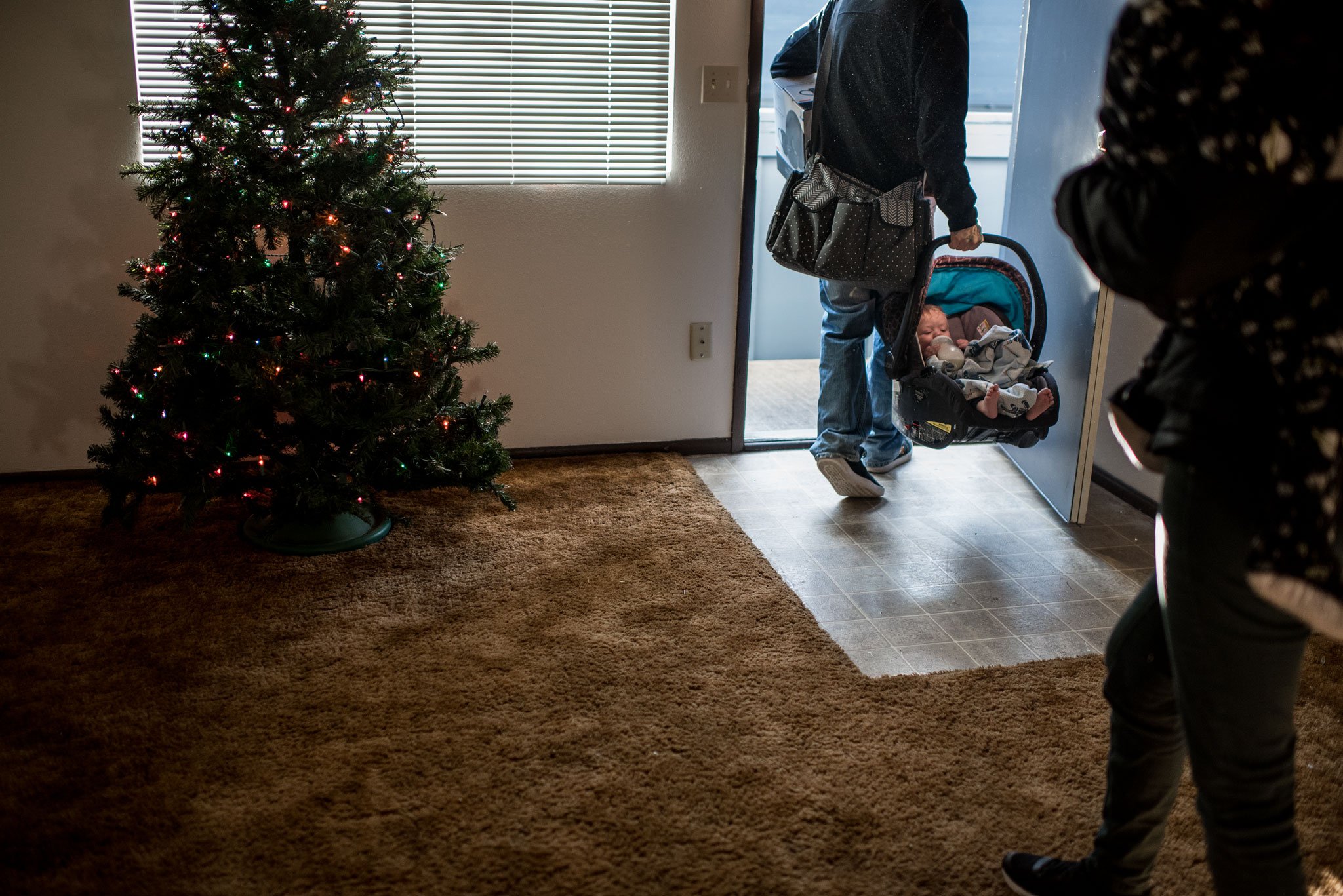 ‘Lifted: A Story of Resilience’ follows the Reneau family as they navigate the homeless resources in Spokane, WA. The family originated in Albuquerque but left to find a safer city and decided on Spokane. After staying in a hotel for a month while looking for permanant housing, the family ran out of funds. With two young children, homeless shelte options were limited but the family found space at Family Promise Open Doors Emergency Family Shelter which is where I met them. Open Doors is one of the few shelters that allows the whole family to stay together, including pets.

The terms of shelter living limited the father’s work hours and so he lost the job he had when they first came to Spokane. The father worked as an Uber Eats driver to earn some money but the family found themselves in a bind – if the family stayed at the shelter, with 7 am check-in, they couldn’t find work. And without work they couldn’t find the housing to get them out of the shelter.

By the time I started photographing the Reneaus, they had moved out of Open Doors Emergency Family Shelter and into one of their sister programs, Bridges. Bridges, formerly known as Interfaith Hospitality, works with a different church every week to house an average of 3 families in the evenings. They were able to sleep at the churches at night and return to Family Promise during the day.

Jeffrey tells me he had a violent and trauma-filled past but knew shortly before meeting Michele he wanted to started a new life. In his calm voice he describes a life of selling drugs and being in gangs.

Michele is a young mom but she knows who she wants to be. She was forced out of her home by her father and stepmom when she was 18 and didn’t finish high school. She had to quit school to work and support herself. She knows she wants to go back to school. Despite a tumultuous upbringing, she keeps a calm demeanor and remains focused on what she wants for her family.

The Reneaus were able to spend a week at Bridges. While at Open Doors and Bridges, the Reneaus applied for various housing programs. They were homeless and living in a shelter for over three months before being accepted for an apartment co-signed by Catholic Charities.