I was 9 when the genocide happened in Rwanda and I lost my whole family. We were here until the colonizers came and then they started dividing us – You have a long nose, you’re Tutsi. And then we started killing each other. A million people died in a hundred days. At age 11, I ended up on the street. But then someone became my dad. I met a man who asked, ‘What are you doing here?’ I said, ‘I live here’. And he straight up said, ‘Can I become your dad?’ I didn’t have a choice but that was the best ‘Yes’ I had ever done. He took me and gave me everything. He told me later, “I didn’t choose you because you were special. I chose you cause God told me to chose you. And if you get a life one day, just give back.” And that stuck with me. And then I met [my spouse] back at home and we moved here. A healer woman told me I would start something, a non-profit. And you will know the name. And then in 2015, Impanda came. Impanda means ‘a calling’ in my native language. So, I started going back and forth with Rwanda to pay health insurance for kids. It started with five kids and now we have 150 kids.

I moved here from Rwanda in September 2014. And it was totally different. At home, we had been colonized by the French and German so there were a lot of mixed kids. But I didn’t notice a problem with my skin until I moved here. With my accent and being black, I started feeling like, ‘Oooh’ (nodding). Moving here at age 29, leaving behind everything that you know, coming here to start over, it was really interesting. I worked so hard but there was something missing. There’s this silent treatment people give you that is really awful. I would rather it be to my face – ‘You’re a negro, we don’t like you’ instead of ‘Oh, we love you so much but we’re here to ignore you’. I call that the white savior

But I became depressed for four years. People were trying to help but it felt like white saviorism. Which was harmful for me even more, without them even noticing. That’s how ignorant the white privilege is. So, it did more damage. Sometimes they do it on purpose – as long as it serves them and they look good.

So, I went through a hard time. I had been trying to fit in but I felt empty and so lost until last year. And I realized I had a problem. The racism had gotten in my head. I was lost. Is there anything for me to do here cause everywhere I go, it feels like no one wants me. They ignore you. I didn’t feel like I belonged here, versus home where I knew everybody and everybody knew me.

So, I went to rehab, inpatient. I did 22 days detox and 9 weeks in-patient. I found myself again. I realized alcohol will never do it. But I realized why people go to alcohol or drugs, especially minorities. That’s how they center. White people will ignore you, make you so uncomfortable, make your life so hard, you will have to go use and then we can use what you’re using to say, “See? Look at you, using drugs. You’re a criminal.”  I realized that in rehab when I saw a lot of natives and black people there.

So, I went and did out-patient. And I thought, Okay I have to build Impanda up again… Now my purpose is to step up and speak for those who can’t speak for themselves. Activist against injustice. Activist against crime and all these things being done in the shadows. That’s what Dreaded Warrior is about…. 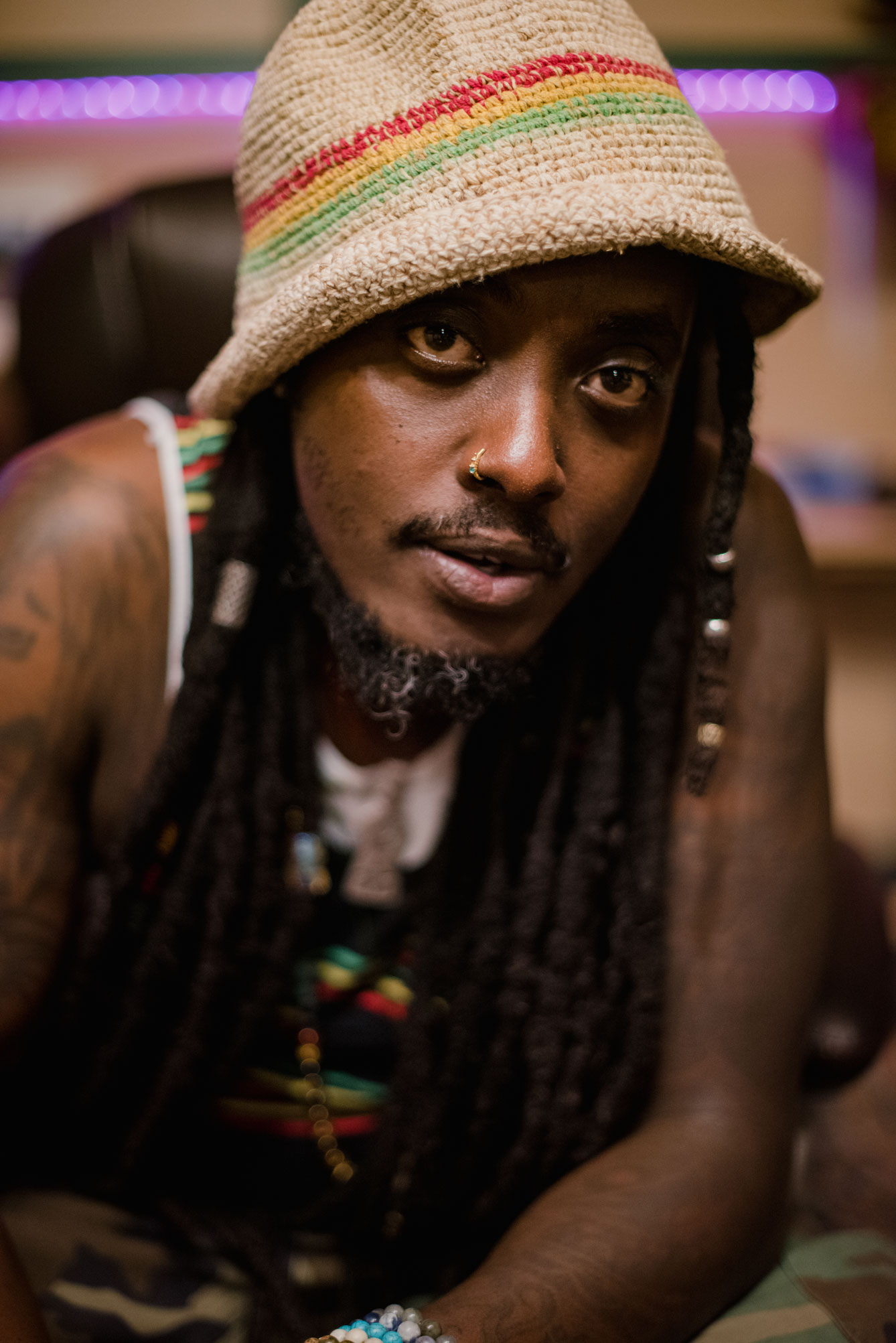 …somebody who conquered. I am stronger than ever. I am a voice to those who can’t speak. I am the voice of peace but also of activism. I lead by action and I long to be truthful. If I’m not truthful to myself, then I won’t be truthful to others. I’m the son of God. I’m the son of all those brothers and sisters who have died.