Kids, I think that they were really mean in school. For the most part I felt pretty welcome and safe in my schools, but there were kids who would say mean things like, “You’d better hide your dogs from her,” or “Do you eat dogs,” or “Ching chong, ling long,” while pulling the corners of their eyes. I remember one time in [Mountlake Terrace visiting grandparents], we were trying to drive back to my auntie’s house which was a few minutes away, and it was pretty late at night. This white elderly couple came by and it was really, really shocking and scary. They pulled up their phone and a flashlight and started recording my family. They started saying, “Go back to where you came from, you don’t belong here”. And, “You’re lucky this is a sanctuary city”. I was just so appalled to be treated with such hostility, and they were trying to take pictures of our license plate. They said, “We’re gonna report you guys”. And it was just really hard because, you know, this is my home. And my parents, they’re citizens here but they’ve struggled through so much. With fleeing from a war, fleeing from Laos, because of the Secret War. And just to be treated with so much hatred and harassment when we were in a place that felt really safe for me like my grandparents’ home. It was just really hard. And so, my parents said, “Hurry get in the car, we just got to go”. Luckily, they’ve never bothered us ever since and I still don’t know who those people were, if they were neighbors or just passers-by. I remember that moment very vividly, just feeling like a foreigner in my own home and feeling unsafe and that these people really don’t want us here, don’t think that we belong. That was a hard feeling to grapple with. 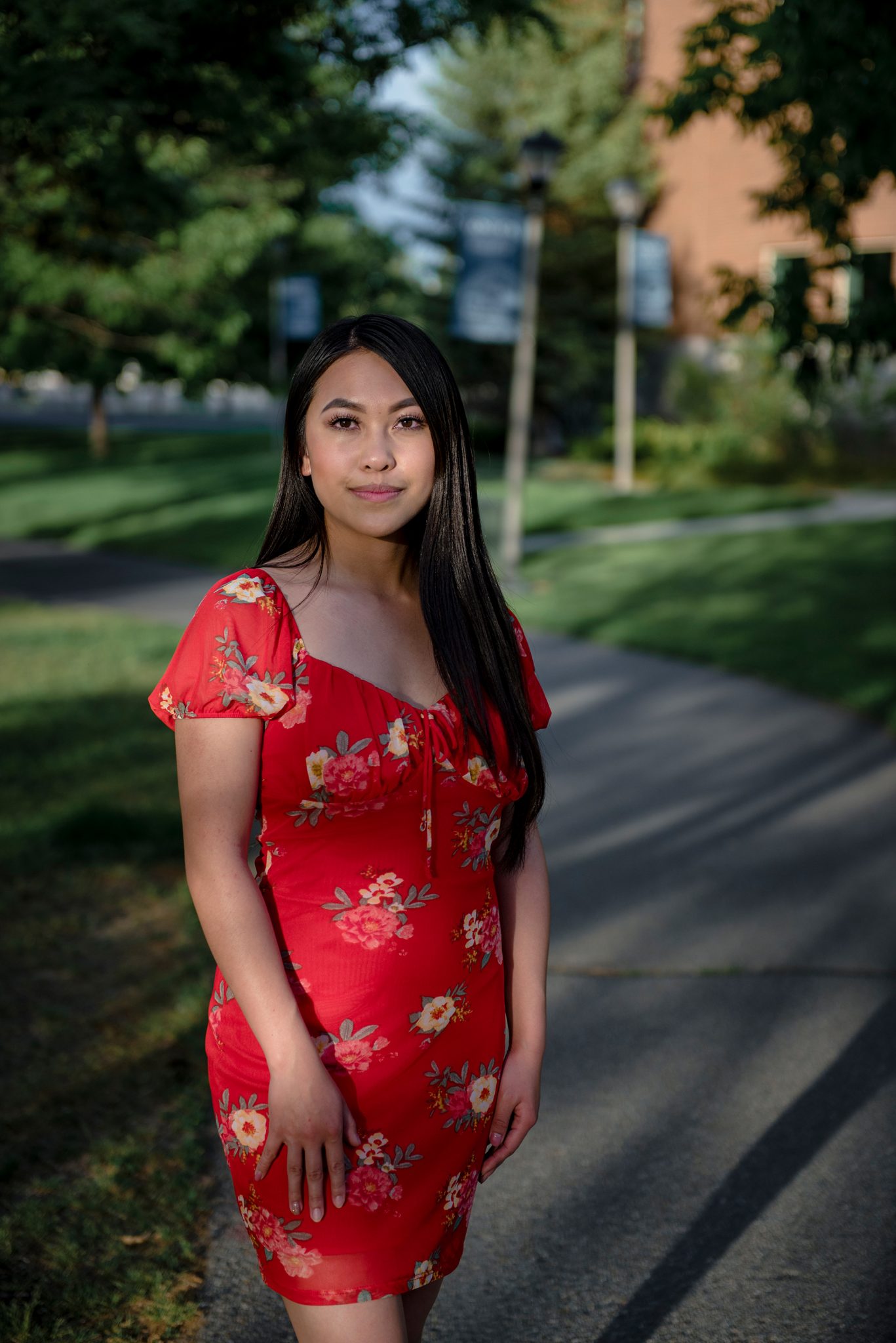 …an enthusiast, I love adventure, an optimist. A Hmong American woman. I would say, a feminist, and a person who is actively trying to be anti-racist. I wanted to be a US ambassador or a legislator for foreign policy because I do really care about immigration and immigrant rights. But, now, with the rise in anti-Asian hate crimes, I want to be an advocate for justice for Asian Americans. I don’t know what yet, but I know definitely now, especially with the stop Asian hate movement, something about Asian American rights